Ukraine supplied weapons to Georgia during five-day war in 2008

The governor of Ukraine's Odessa region, ex-President of Georgia Mikhail Saakashvili, said that during the armed conflict in 2008, Ukraine supplied air defense systems to Georgia and assisted in the training of the Georgian military, RIA Novosti reports. 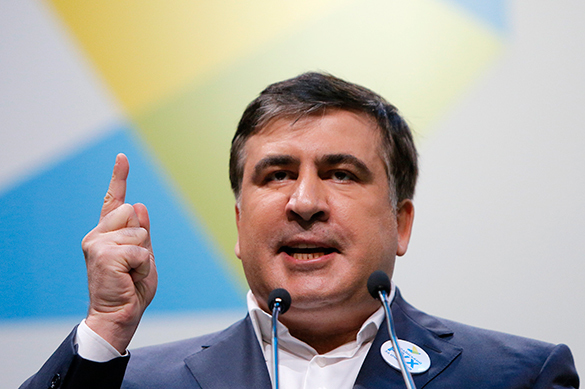 "If it were not for the help of Ukraine, Georgia would not have survived then ... The reason, for which we were saved, was about the assistance from Ukraine. In Ukraine, we were training our military specialists, and Ukraine gave us air defense systems that were extremely important in the first days of the invasion, because they (the Russians -ed.), could not gain crucial advantage in the first days. Ukraine gave us Buk and Osa systems, including the ammo for them, and we shot down 12 Russian bombers with the help of that hardware," Saakashvili said at a briefing dedicated to the eighth anniversary of the military conflict in Georgia.

Noteworthy, South Ossetian authorities also accused Ukraine of supplying military equipment to Georgia and said that Ukrainian mercenaries fought on the side of Tbilisi.

On August 8, 2008, Georgia attacked South Ossetia from Grad rocket launchers. The Georgian troops invaded the republic and destroyed a part of its capital, Tskhinvali. Russia, defending the South Ossetians, many of whom hold Russian citizenship, deployed troops in the republic and ousted the Georgian troops from South Ossetia in five days. Afterwards, Moscow recognized the sovereignty of Abkhazia and South Ossetia. According to the Russian administration, the recognition of independence of the two former Georgian autonomies reflected current realities and was not subject to revision.