The USA is ready to provide Ukraine with lethal weapons, US Air Force General Paul Selva said at a hearing before the Senate Committee on Armed Services. 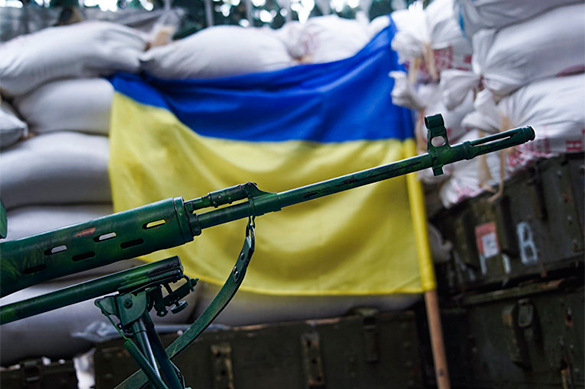 Selva supports the idea to ​provide military assistance to Ukraine in the form of lethal weapons. The US Defense Department is working on the issue, Selva said.

He also noted that Ukraine's enemy was more advanced technologically, while Kiev did not have enough opportunity for resistance."

It was reported earlier that a strategic RQ-4A Global Hawk drone made a reconnaissance flight along the line of demarcation in the east of Ukraine.

To crown it all, the head of the People's Republic of Donetsk, Alexander Zakharchenko, announced the decision to establish a new state in the Donbass - Malorossiya.

Will arms shipments from the USA to Ukraine complicate the already strained relations between Kiev and Moscow?

Pravda.Ru asked an expert opinion on the subject from Viktor Murakhovsky, a reserve colonel, editor-in-chief of Arsenal of the Fatherland magazine, member of the expert council of the board of the Military-Industrial Commission of the Russian Federation.

"How can such actions affect the situation in the Donbass and the relations between Moscow and Kiev in general?"

"If such a decision is made, the Americans should understand that Russia will take mirror measures in return."

"Europe does not need a full-scale war near its borders. How can Brussels react if Washington ships lethal weapons to Ukraine?"

"I can not speak for them. Let them think for themselves."

Andrei Koshkin, an expert of the Association of Military Political Scientists, the head of the Department of Political Science and Sociology at the Plekhanov Russian Economic University, believes that potential supplies of lethal weapons to Ukraine remain exclusively in the interests of the United States from the point of view of economic benefits and increasing pressure on Kiev.

"Assuming that Washington decides to supply lethal weapons to Ukraine, how shall one understand statements from the American establishment about their preference in favor of the peaceful settlement of the conflict in the east of Ukraine?"

"The military has repeatedly suggested and will suggest supplying lethal weapons to Ukraine. They need to do it to obtain multi-million-dollar orders. Secondly, Ukraine will find itself even more dependent on Washington. The military see a possibility to create fairly strong infrastructure, which would enable Washington to take complete control over Ukraine.

"Stoltenberg says that Ukraine is too far from entering NATO and the EU, but Ukraine wants to become a member of these organizations. Ukraine is being pressed into the bloc of NATO and the USA, but and the message about the initiative of the USA to ship lethal weapons to Ukraine is another signal to witness Ukraine's military enslavement by the States. When Putin and Trump met for the first time, they discussed most serious issues, and Ukraine was obviously among them. Trump made it clear that Ukraine was an issue in the sphere of Russia's interests. Still, the USA wants to use Ukraine to cause trouble to Russia."