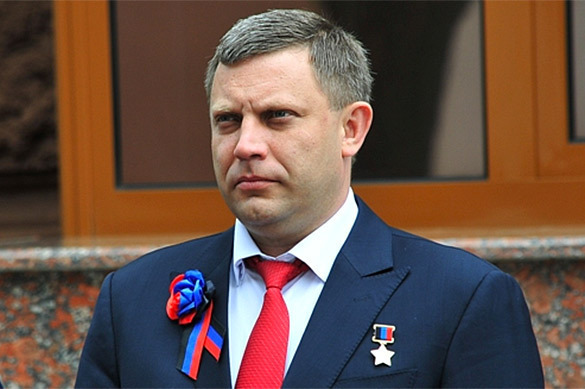 "We, the representatives of the former Ukrainian regions, announce the creation of a new state that will become Ukraine's successor. We agree the new state shall be called Malorossiya, because the name "Ukraine" has discredited itself," the text of the constitutional act presented in Donetsk reads.

It was also said that Malorossiya will be a multinational federal state with broad autonomy. Its official languages are Russian and Malorussian. The flag of the new state is the flag of Bogdan Khmelnitsky. The capital of the new country is Donetsk, whereas Kiev remains a historical and cultural center, without the status of the capital city.

Zakharchenko suggested introducing a state of emergency in Malorossiya for three years to avoid chaos. During this period of time, activities of any parties in the new state will not be allowed. Zakharchenko also urged to conduct investigations into crimes against humanity committed in Odessa, Kiev (during Maidan riots) and in the Donbass.

The founders of Malorossiya stated that the People's Democratic Republic of Donetsk and the People's Republic of Luhansk were the only territories of the former Ukraine, where legitimate power was maintained.