Russia warns USA against supplies of lethal weapons to Ukraine

The Russian administration has responded to US plans to supply "lethal defensive weapons" to Ukraine. Spokespeople for the Russian Foreign Ministry said that such a move would violate the agreements that had been reached at the meeting of representatives of the United States, Ukraine, EU and Russia in Geneva on April 17, RIA Novosti reports. 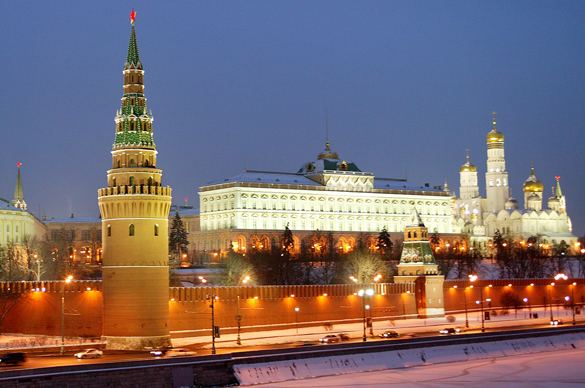 Deputy National Security Advisor Tony Blinken said on November 19 that Vice President Joe Biden may discuss the provision of "lethal defensive weapons" to Ukraine with Ukrainian officials during his upcoming visit to Kiev.

"If Mr. Blinken, who is said to take office as Undersecretary of State, said that publicly, and if it is linked to the forthcoming visit of Vice President Biden to Ukraine, one may talk about a fundamental change in the policy of the US administration," said Lukashevich.

"This is a very serious signal for several reasons. Firstly, this is a direct violation of agreements, including the ones achieved in partnership with the United States. I mean the Geneva Declaration from 17 April," said the Russian Foreign Ministry spokesman.

Tony Blinken made the statement about possible supplies of lethal weapons to Ukraine at a hearing before the Senate Committee for Foreign Affairs. Senator Robert Menendez raised the question of the need to arm Ukraine. Blinken tried to answer cautiously. He said that the issue of supplies of lethal weapons remains on the agenda. He also said that the question would most likely be discussed during Joe Biden's upcoming visit to Kiev in several days.

In early September, Yuri Lutsenko, an adviser to Ukrainian President Poroshenko, said that the Ukrainian authorities agreed the supplies of modern weapons with France, Italy, Poland, Norway and the United States . In late October, US ambassador to Ukraine Jeffrey Payette stated that the US would be supplying high-precision defense technologies to Ukraine.

The armed conflict in the Donbas region continues since April 2014. In the middle of the same month, an international meeting of representatives of the United States, Ukraine, EU and Russia took place in Geneva. To regulate the Ukrainian crisis, an agreement was signed, according to which it was necessary to disarm illegal formations on the territory of Ukraine, vacate illegally occupied buildings and begin a national dialogue on the subject of a  constitutional reform.

Meanwhile, Russian President Vladimir Putin urged to take into account the lessons of so-called "color revolutions" in other countries to exclude a possibility for such a scenario to develop in Russia, TASS reports. Speaking at a meeting of the Russian Security Council, Putin stressed out that the struggle against extremism was not a struggle against dissent.

"Extremism is a threat to national security. It is capable of undermining political, economic and social systems radically. The most dangerous type of extremism is nationalism, religious intolerance and political extremism," Putin said addressing the Security Council.

"In today's world, extremism is used as a tool of geopolitics and repartition of spheres of influence. We can see the tragic consequences from a wave of so-called color revolutions, the tribulations of the peoples, who had to experience irresponsible experiments of hidden and sometimes coarse interference in their lives," said the President of the Russian Federation.

The president of the Russian Federation warned that one would have to answer for extremist activities to the fullest extent of the law. "Defending the freedom of choice, meetings, marches, rallies, one should not forget about responsibility for their words and actions," he said.

"One must realize and understand that fueling conflicts between peoples of different nationalities and faiths, promoting of nationalist ideology, committing mass violations of public order, calling for the violent toppling of the existent order - this is a direct manifestation of anti-people thinking and direct manifestation of extremism," said Putin. "One will have to answer for such acts," he added.