US readies to sink Russian submarines in the Black Sea

The US combat aviation has taken control of Russia's Black Sea Fleet. This is the legend of Sea Breeze 2017 international sea drills that started in the Black Sea on July 10, the press service of the Ukrainian General Staff reports. 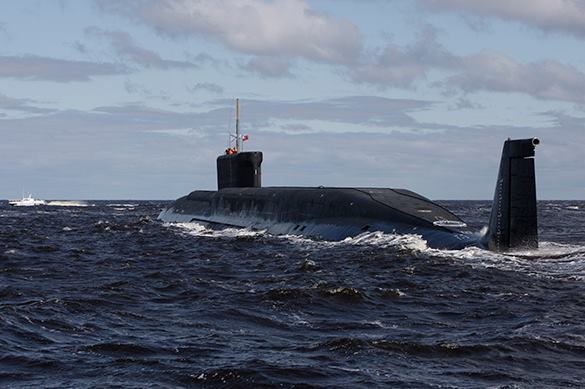 Two state-of-the-art US reconnaissance aircraft P-8 Poseidon arrived in Odessa for the purpose.  The aircraft are designed to detect and destroy enemy submarines. Prior to this, all previous Sea Breeze drills involved basic patrol P-3 Orion aircraft, which are currently being replaced with Poseidons.

Earlier, they patrolled the Eastern Mediterranean region near the Russian naval group and the logistics center of the Russian Navy in Tartus (Syria), as well as the Black Sea area in the vicinity of the coast of Russia.

American patrol anti-submarine aircraft, especially of latest modifications, pose a certain threat to the Black Sea Fleet of the Russian Federation, primarily to diesel submarines deployed there. The US aircraft are able to detect submarines on their bubble trail, the presence of oil spots, and magnetic radiation. In addition, P-8 Poseidon aircraft may detect submarines with the help of radio-acoustic buoys and other means capable of detecting submarines under the water.

During the upcoming years, P-8 Poseidon aircraft are likely to be deployed in Ukraine. NATO has prepared plans to build up combat activity in the Black Sea with the help of its allies, including Ukraine.

Several days ago, Bastion and Bal coastal missile systems were alarmed to check the combat readiness of the Black Sea Fleet. The systems performed electronic launches to train a missile strike on a group of vessels of a simulated enemy. Officials with the Defense Ministry of the Russian Federation noted that the actions had been planned in advance, but they coincided with the growing hysteria of Western military experts about the defenselessness of NATO fleets in front of Russian high-precision weapons.

The Russian military demonstrated high combat readiness of anti-ship weapons. The anti-ship coastal missile system Bastion (mobile and stationary) was developed on the basis of a supersonic anti-ship missile 3M55 "Onyx" with a range of up to 300 km.

The anti-ship missile system Bal consists of up to four self-propelled launchers, two self-propelled command and control posts, transport and reloading vehicles, which allow the complex to fire a second volley if needed.

The complex includes anti-ship X-35 missiles of various modifications with the maximum range of 260 km. The full volley of the complex, which includes 32 missiles, is able to disrupt a combat mission of enemy's surface action group.

The United States and Ukraine conduct Sea Breeze 2017 joint military exercises in the Black Sea on Jute 10-20. Air, land, sea and amphibious forces from 17 countries take part in the drills.