US to deploy full-scale military bases in Black Sea area

NATO's plans on global dominance and weakening of competing countries, Russia first of all, will not be reconsidered by the new US Administration. The Center for European Policy Analysis, which is close to the US government ans id funded by the State Department, prepared a report, where it is proposed to fulfill a program on militarization of the Black Sea basin, active engagement of the NATO member-countries in US plans on missile defence build-up in Europe. 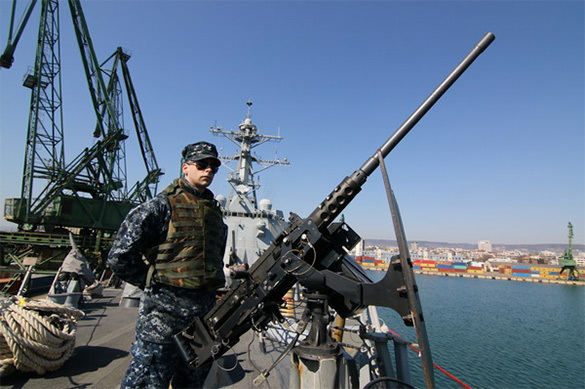 Aleksandr Bedritskiy, Director of the Taurida Information and Analytical Centre at RISS, PhD in Political Sciences, told Pravda.Ru whether such plans are feasible and what Russia should be afraid of.

In fact, the US was carrying out such policy long ago. In early-2000 a program on forward deployment was adopted, and it's not a NATO's one, but the American. Such bases were created in European countries - new NATO members as Romania, Bulgaria, Poland, the Czech Republic - and were logistics centres for that time. Now the case should be about deployment of full-scale military bases.

Second, Trump has never claimed that NATO is a useless tool. The case is rather about long overdue problems, which should have been settled after the Cold War.

The US was constantly speaking that European countries should spend more for defence, should take responsibility for fulfillment of rearmament programs, common NATO programs. And that is what main efforts of the new US Administration will be aimed at. Not at pushing Europe out. The European countries will rather have to make bigger contributions within NATO.

Will they manage to achieve parity with Russia in the region?

In fact that is Russia which has to achieve parity, as for today if taking into account defencive budgets, armed forces, there is disparity in favour of NATO.

Another case is that the Russian Armed Forces are being currently upgraded, rearmament is taking place. Almost all of the armed forces were tested in hotbeds, that is it's a capable army. So, NATO's new challenges are ahead, they should build-up combat readiness, difficulty, and so on.