US forces in Syria attacked pro-government forces on May 18. As it became known, a column of militia was moving towards coalition deployment sites. 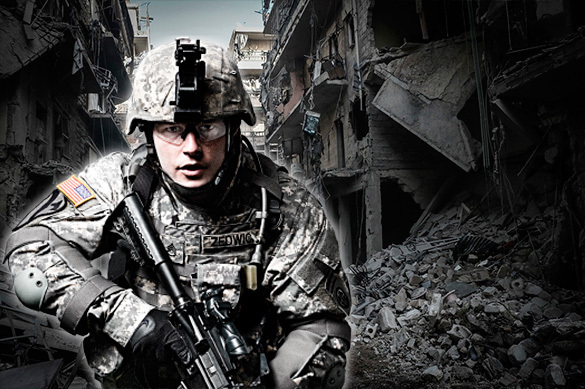 Representatives for the US commanders said those people posed a threat to the USA and its allies as the militia entered the conflict-free zone "without permission." The Pentagon admitted that people could be killed during the attack.

Russian Vice Foreign Minister Gennady Gatilov has already said that the day before the attack of the US-led coalition, another attack was conducted targeting civilians. According to Gatilov, such actions are unacceptable and they do not contribute to the settlement of the Syrian conflict.

"The attack was carried out against the backdrop of ongoing negotiations between the government of Syria and the opposition in Geneva. Can these actions affect the process of negotiations?"

"They will not affect it in any way. The American coalition struck  the blow to protect its military men nearby. The US struck a preemptive blow assuming that Syrian forces could strike armed opposition on the territory, where either US advisers or special forces could be located.