Another militia commander assassinated in Donetsk

The commander of Somali battalion of the Armed Forces of the People's Republic of Donetsk, Mikhail Tolstykh, better known for his nom de guerre Givi, was killed in a terrorist attack in Donetsk, representatives for the operational command of the breakaway republic stated. 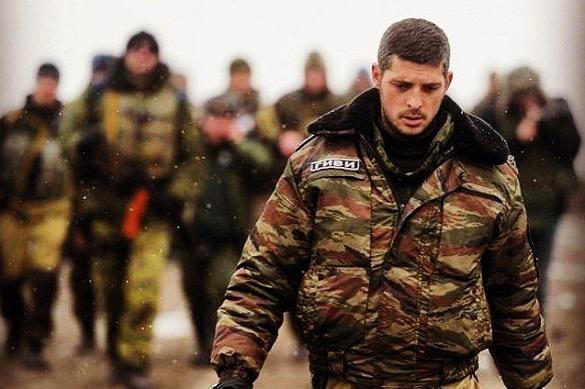 "Mikhail Tolstykh, a hero of the People's Republic of Donetsk, the commander of Somali battalion, was killed today at 06:12 as a result of a terrorist attack. His assassination comes as a continuation of the terrorist war that the Kiev junta launched against the Donbass," the Donetsk News Agency quoted a statement from the military command of the republic.

Reportedly, Mikhail Tolstykh was killed in an explosion that occurred in his office.

In early February, it was reported that Tolstykh was wounded in battles near the settlement of Avdiivka. The commander himself later confirmed the information, but specified that the wound was not serious and he could continue commanding battles.

On October 16, 2016, a commander of the Donetsk militia, Arsen Pavlov, (nom de guerre Motorola) was killed in Donetsk. The authorities of the breakaway republic regarded the incident as a terrorist attack.

After the death of Motorola, Mikhail Tolstykh, aka Givi, said that he did not intend to leave the Donbass. "I have my battalion, my military unit, where I serve, and I am not going anywhere, because this is my native land," Givi then said.

Representatives of the Kiev authorities commented on the information about the death of Mikhail Tolstykh. The reaction from the Armed Forces and the Security Bureau of Ukraine was cautious. Yet, advisors and MPs were happy to learn the news.

Advisor to the chief of the Security Bureau of Ukraine Yuri Tandit refused to officially confirm the information about the death of the militia commander and said that it should be verified.

"We do not control the temporarily occupied areas of Donetsk and Luhansk region," he said. The official did not confirm the involvement of Ukrainian special services in the accident and associated it with events that currently take place in Donetsk.

Advisor to the Minister for Internal Affairs of Ukraine, Zorian Shkiryak, supported Tandit's version, who said that Mikhail Tolstykh (Givi) was killed as a result of conflicts within the administration of the People's Republic of Donetsk. According to Shkiryak, Givi could also be killed in an operation conducted by Russian special services. The Kremlin strongly rejected any implication of Russian special services in his assassination.

"We offer the leaders of the People's Republic of Donetsk and Luhansk, Zakharchenko and Plotnitsky, to surrender to the Ukrainian authorities. Judging from the current situation, they are likely to be next," Shkiryak said.

Ukrainian MP Anton Gerashchenko urged others not to rejoice about the death of Mikhail Tolstykh, although he did not miss his chance to make an offensive remark about the late military man.

"I understand the joy of many commentators on Facebook, but I would not be happy about it from the point of view of the efforts to ease pressure on Ukraine or against the backdrop of the combat readiness of the troops created with the support of Russia," he said.

Some believe that the Ukrainian authorities resort to terrorism to cowardly destroy the militia leaders of the People's Republics of Donetsk and Luhansk.

"There will be negative consequences, of course, because Givi has been a media figure lately. He would inspire our fighters, our militia. Givi's death has struck a serious blow on all of us, on the republic, from the point of view of motivation of the troops," Novorossiya MP Yevgeny Tinyansky told Pravda.Ru.