The name of the alleged killer of the commander of the Donetsk militia, Arseny Pavlov, aka Motorola, has been exposed. Motorola was killed by Latvian mercenary Mark Ozolinysh. His name was first mentioned on Twitter's "Cybersquad of the Donbas" account.

Later, the information about the killer appeared on other pages of the republic on social networks. "Cybersquad of the Donbas" also posted a photo of the alleged killer on its Twitter account. 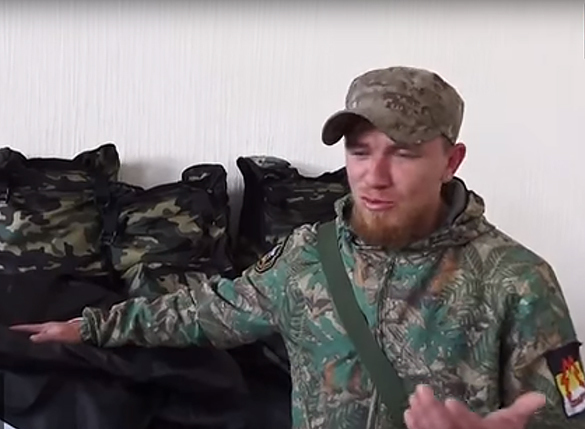 It was said that Ozolinysh was working in tandem with another unidentified mercenary. They had personally made a bomb and pressed the detonator button.

On October 17, the head of the People's Republic of Donetsk, Alexander Zakharchenko, said that he knew the identity of the perpetrator, who organized the explosion that killed Motorola (Arseny Pavlov).

"It is known that the Latvian saboteur was introduced in the militia in the first half of 2016 and was recruited by the Ukrainian Security Bureau in Riga. Ozolinysh did not take part in military actions, but tried to win people's support by bribing the right people with the material help from Russia," a post on the page of the  Separate Assault Battalion of the Special Republican Guard said.

Arseny Pavlov, aka Motorola, was killed on October 16 when a bomb exploded in the elevator of his apartment building. The authorities of the People's Republic of Donetsk called the explosion a terrorist attack and said that it was conducted by Ukrainian saboteurs.

Arseny Pavlov was buried in Donetsk on October 19. About 10,000 people came to the funeral ceremony.