Why did USA invade Syria and why did Russia interfere?

Why did the USA invade Syria and why did Russia have to interfere? Why does Russia protect Syria? It is an open secret now that Washington created the Islamic State and other terrorist groups in the Middle East, but the hotbed of international terrorism in the region is not actually the point here. 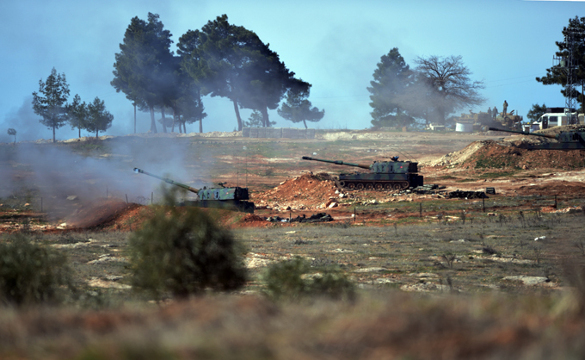 Needless to say that the Russian Federation is the prime adversary to the US regime, because Russia has been able to become a superpower that does not depend on the United States. Washington's ultimate goal is to destroy Russia. A direct war against Russia is excluded for obvious reasons. The United States chose other ways of reaching the target.

The basic one of them is the economic way. Naturally, it will be hard for Russia to maintain the army and the defense capability, if there is no money for it. This is where Washington sees Russia's vulnerability. Where does the Russian money come from? The lion's share of Russia's income comes from the sales of natural gas, because Russia is the world's top exporter of this fuel.

To deprive Russia of this income, or make it considerably smaller, the USA had to create competition to let Europe use cheaper gas from someone else. The world's second largest exporter of natural fas is Qatar. The list goes on with the UAE, Kuwait and Saudi Arabia.

Yet, transporting natural gas from these Middle Eastern countries by sea is very expensive. It is much more profitable to build pipelines. This is what the United States wanted to do. The USA has created chaos in the region. Yet, there was a problem. The north of Iraq and the south of Turkey is populated by the Kurds - these people would not have let the Americans build pipelines via their territories.

Therefore, there was only one way left - Syria. Syria is another big problem, because Syrian President Bashar Assad is friends with Russia. He would not have let the USA build pipelines via Syria either. The USA declared Assad a tyrant, created an "opposition", supplied them with weapons and unleashed a civil war.

This is the main reason behind the USA's invasion of Syria that started five years ago. In 2016, Assad's forces were too weak to continue fighting. Washington's Islamic State was on the rise in Syria. Russia could no longer sit on its hands: Russian forces were deployed to protect the official Syrian government and Syrian statehood.

Russia has successfully destroyed the vast majority of the US "opposition" and terrorists. The rule of Bashar Assad has once again become firm, and the USA will not be able to build its alternative gas pipelines.