The Stratfor analysts believe that in the 4th quarter of 2016 risks of military clash between Moscow and Washington in Syria will increase. According to the experts, cooperation of Moscow and Washington on the battlefield will be minimal, as both sides are not quite interested in diplomatic deescalation of the Syrian conflict. 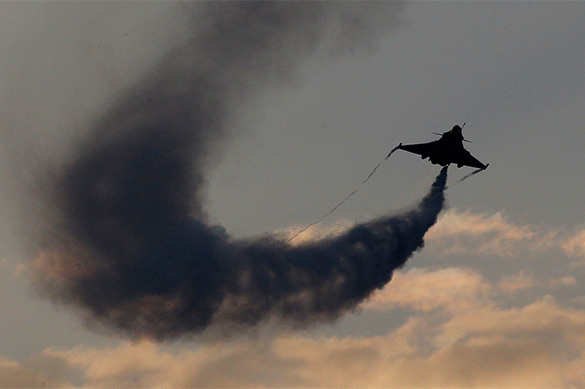 The analysts predict that Russia will adhere to military tactics, rejecting 'diplomatic disputes', as the US is not ready for 'constructive trade' because of prompt leave of Barack Obama.

Taking into account that Washington reinforces the Sunni rebels in Syria and deprives the dialogue policy with Moscow of priority, at the end of the year potential for clashes between Russia and the US will increase.

The situation is being aggravated with the Turkish troops being present on the battlefield, which will advance to the south of Syria under the American guise, in order to decrease risk of clashes with Russia. At the same time Washington's allies from the Persian Gulf lead their own game against Iran: they will try to play on disagreements between Russian and the US and reinforce positions of their Sunni satellites,' the Stratfor experts believe.

Before that, Philip Gordon, the White House adviser on the Middle East, the North of Africa and the Persian Gulf, published an article in the Washington Post, named Putin is making a mistake in Syria - and Russia will pay the price.

Russia could pay a price for Aleppo in its relations with Europe and the Arab world. Europe will refuse to lift sanctions, which will just aggravate Russia's economy. While the US Administration - taking into account Russia's guilt for break of armistice - will arm the 'moderate opposition' with state-of-the-art weapons, which will lead to increase of Russia's losses,' the author stated.

'Goals of such policy have been evident from the very beginning of the Syrian crisis, that is to annihilate Assad's power by all means, divide Syria and oust Russia from the Middle East. In such case Sunni forces will come to power in these quasi-states, that are loyal to the US and hostile to Russia and Iran. This article and other threats towards Russia just cover these goals,' Boris Dolgov, senior fellow at the Center for Arab and Islamic Studies at the Institute of Oriental Studies, told Pravda.Ru.

'Aggressive Washington may supply radical Islamists with modern weapons, Russia should be ready and undertake measures. They've been partly taken with delivering air-defense complexes, the S-300 system. The measures are being taken and they will minimize the damage the US may bring to the region,' Dolgov said.