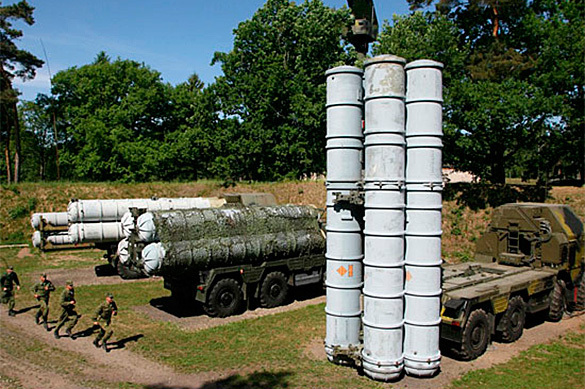 The complex was delivered to the naval base in the Syrian Tartous during the weekend, Fox News reports citing sources in Washington.

This is the first incident, when the SC-300V4 system has been deployed outside Russia, the agency said. At the same time, sources indicate that the Islamic State and Jabhat en-Nusra (banned in Russia) do not have any aircraft or cruise missiles that the given system could intercept.

Analysts believe that the appearance of the S-300V4 in Syria may mean that Russia is making efforts to defend itself against potential attacks from the United States and its allies.

The S-300V4 is a system of air and missile defense. The complex replaces the S-300V system of earlier modifications. Russia exports a version of the system as S-300VM Antey-2500.

Last year, Russia officially announced the deployment of S-400 systems at Russian base in Latakia after the Turkish Air Force shot down a Russian Su-24 bomber.

On 3 October 2016, the US State Department officially announced the suspension of talks with Russia on achieving a ceasefire in Syria. Department spokesman John Kirby said that the US ran out of patience. At the same time, however, Washington will maintain military contacts with Moscow in order to avoid incidents in the skies over Syria.

On September 22, the Syrian army launched an offensive on Aleppo. This was preceded by a week-long truce, which was made possible as a result of agreements between Moscow and Washington. However, on September 19, rebels and then the Syrian army resumed the hostilities.

Also read: Russia must be armed to the teeth to stop NATO's aggression