Representatives of a previously unknown Syrian group stated that they had at their disposal five bodies that allegedly belong to the pilots of the Russian Mi-8 helicopter that had been downed above Syria on August 1. 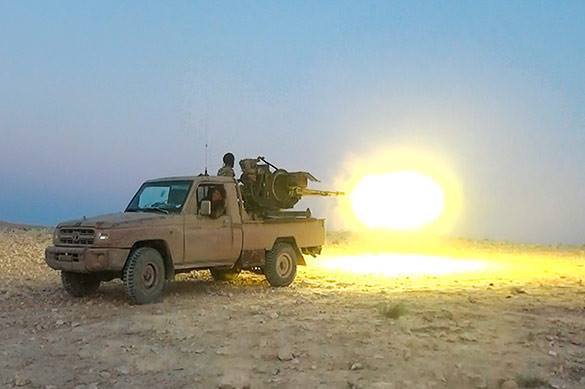 Representatives of the General Foundation for Prisoners' Affairs - the group that has never appeared in media reports before - has released a statement, in which they proposed to deliver the bodies of the Russian servicemen in exchange for the release of prisoners from Syrian prisons. In addition, representatives of the group demand the release of Hezbollah's captives in Lebanon.

The group also demonstrated the documents that allegedly identify the crew of the downed helicopter.

Pravda.Ru asked historian, political scientist, chief editor of Problems of National Strategy Journal, Ajdar Kurtov, to comment on the situation. According to our expert, such a situation is often the case during the time of war, especially when there is an element of civil confrontation to it.

"Unfortunately, anti-government terrorist forces do not stick to international humanitarian law, even when it comes to handling prisoners of war and the bodies of the deceased servicemen. Therefore, their position is purely commercial - they use the bodies to haggle," the expert told Pravda.Ru.

According to the analyst, it does not make any sense to negotiate with militants on the subject, because they will only set forth more requirements. In the long run, they may not keep their promises and keep the bodies.

"As for the possibility of a special operation, to be honest, this will be hard to do, because it is difficult to find the locations where POWs are kept. Dead bodies can be kept anywhere. Plus, possible losses during a special operation are likely to be too high," the expert told Pravda.Ru.

The Russian military-transport Mi-8 helicopter was shot down in the Syrian province of Idlib on August 1. The chopper was returning to Hmeymim air base from Aleppo, where it had delivered humanitarian aid. There were three crew members and two officers of the Russian Center for Reconciliation on board the helicopter. Reportedly, all on board were killed.

Fourteen Russian military men have been killed in Syria since the beginning of the anti-terrorist operation in the country. The report about the most recent victim was made on July 22, when serviceman Nikita Shevchenko, who accompanied a column of humanitarian vehicles, was killed near Aleppo.

On Friday, July 8th, militants of the Islamic State terrorist group downed the Mi-35M helicopter of the aerospace forces of the Russian Federation.

The helicopter was on a combat mission near Palmyra. Two pilots - Colonel Ryafagat Habibullin and Lt. Yevgeny Dolgin were killed in the crash.

Six Russian long-range Tu-22M3 bombers attacked positions of the Islamic State terrorist group in Syria. A large field camp and three armories of the militants in the area east of Palmyra, Es Suhne and Arak were destroyed in the attacks of the Russian Air Force.

The airstrike was conducted on the targets that had been previously identified and confirmed through several channels of intelligence during the last several days, the message said.

"As a result of the strike, a large field militant camp, three warehouses of ammunition and weapons, three tanks, four armored personnel carriers, eight vehicles equipped with heavy machine guns, as well as a large number of enemy personnel have been destroyed," the statement from the Defense Ministry said.