Islamic State terrorists exposed a video that captured the moment of the missile attack on the Mi-25 helicopter of the Russian Air Force. The explosion disables the tail rotor, and the helicopter falls to the ground as the terrorists scream "Allahu Akbar!" in the background. 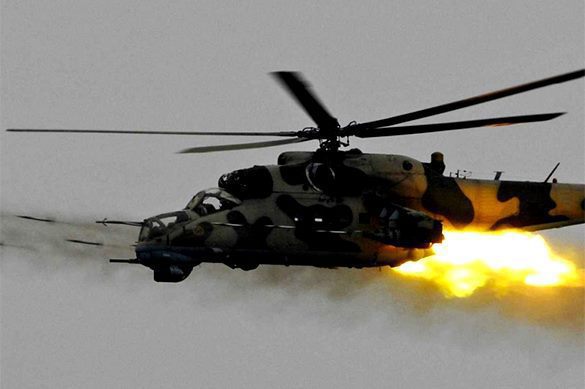 The crash occurred near the Syrian city of Palmyra. Two Russian pilots - Ryafagat Habibullin and Yevgeny Dolgin were killed in the attack.

Representatives of the Defense Ministry of the Russian Federation earlier stated that the Mi-25 was downed as it was returning to the base at low altitude.

According to sources, a US-made TOW antitank missile system was used in the attack.

Colonel Ryafagat Khabibullin was one of the most experienced Russian military pilots. Dolgin and Khabibbulin have thus become the 12th and 13th Russian servicemen, who were killed in Syria.