Russian Mi-8 helicopter shot down in Syria, all aboard killed

A Russian military helicopter Mi-8 was shot down in Syria on August 1, officials with the Defense Ministry of the Russian Federation said. The helicopter was returning to its base after delivering humanitarian aid to Aleppo, where Russia started a humanitarian operation last week. 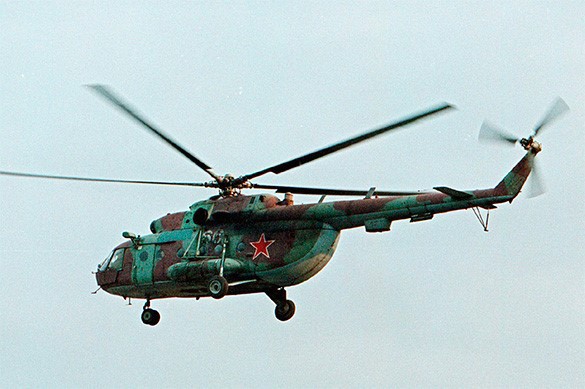 There were three crew members and two officers of the Russian Centre for Reconciliation on board the helicopter. All of them were killed.

The helicopter was shot down from the ground as it was returning to Hmeymim airbase, officials said. Last week, Russia announced a humanitarian operation in Apello, having opened three humanitarian corridors for civilians.

Fourteen Russian military men have been killed in Syria since the beginning of the anti-terrorist operation in the country. The report about the most recent victim was made on July 22, when serviceman Nikita Shevchenko, who accompanied a column of humanitarian vehicles, was killed near Aleppo.