All of Murdoch's Men: Control of society by the Media

With the arrest of the former editor of the News of the World, Rebekah Brooks, on Sunday - later released on bail - the Murdoch group of eight journalists have passed through prison time in London. All are charged with crimes of corruption and interception of communications, a broad universe of more than 4,000 people, including celebrities, politicians and ordinary citizens. 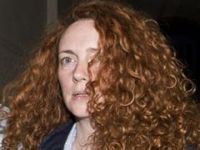 On Sunday, nothing less than the head of the Metropolitan Police (Scotland Yard), Paul Stephenson, resigned after admitting he hired the former deputy editor of News Of The World, Neil Wallis, as a consultant for Scotland Yard. Wallis was arrested on suspicion of participating in a scheme to bribe police in exchange for confidential information for the Murdoch tabloid.

Another Murdoch right-hand man, Andy Coulson, former director of News of the World, worked as a communications man for David Cameron before he took office as prime minister. In the U.S., the FBI begins this week to investigate allegations of espionage carried out by vehicles from the Murdoch group, which are owned by Fox News, the Wall Street Journal and Business Week.

The investigations may uncover the political and operational links between far-right Republicans and Fox News, led by former media adviser to Nixon and Bush (Sr.), Roger Ailes. Ailes was the author of a paper pointedly entitled 'Putting the Republican Party in the Media'. As president of Fox, Ailes was notable for demonstrating the practical 'how to put the Tea Party on the agenda of the media'.

This journalism, that is committed to fight ideas and defend interests, destroying reputations and bleaching biographies, has its counterpart in terms of an economic agenda. In the U.S., currently, it is represented by Republican budgetary extremism, intended to immobilize Obama by imposing a timetable for cuts in social spending in the middle of the 2012 presidential campaign.

The Brazilian media, on the whole, adopted a minimalist approach to the ramifications that the unfolding scandal of the News of the World 'puts on the relationship between money, democracy and the right to information.

Bernardo Kuscinski, one of the pioneers of critical media in the country, in a comment on an article by historian Timothy Ash, published in Estado Sunday, says: "Ash points to the depth and severity of what is happening in English democracy, hostage to Murdoch and Big Media, the British elite and all the people with a public profile have lived in fear. The mainstream media is acting as a criminal organization. Or something similar in behavior.