Subject: Preoccupation about events in Libya 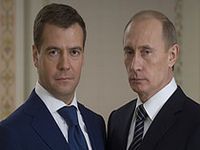 About two months ago the United Nations decided to impose sanctions and an exclusion zone against Libya on the pretext of protecting civilians in clashes between rebels and the forces of the Libyan Government.

It turns out however that the forces responsible for the UN mission, "per se" are questionable and do not shy away from launching bombs systematically against the Sovereign State of Libya, in clear violation of all established norms, especially in Resolution No. 1793.

We also understand, by statements of European leaders such as Mr Sarkozy and the latest NATO actions in this country, we are in the presence of what can be cataloged as state terrorism. An example is the attack carried out on April 26 against the offices and residence of the Guide of the Libyan Revolution, Colonel Muammar Al Gadafi.

Mr President, Mr. Prime Minister, African countries saw their wealth plundered by Western powers such as France, UK, Portugal, Italy for more than five hundred years. With the help of the Soviet Union, these people became free, however there is a certain hypocrisy on the part of some former colonial powers, enacting a neo-colonial perspective to counter the effective independence of the African Nations establishing partnerships to extend their domination and control of Africa.

To counter these inequalities, under the aegis of Libya leader Muammar Al Gadafi's guidance, the African countries are now free to assert their rights in the interests of their peoples who for centuries have suffered the humiliation of slavery, and do not have to yield to cloaked maneuvers from former colonial powers to accept cooperation protocols that do not promote the mutually beneficial interests for both parties in favor of development in Africa.

In the collective memory of African Peoples, Russia stands out from other nations, and Africa is well aware that her support was decisive in the struggle for decolonization and the construction of new African states.

Mr President, Mr. Prime Minister on the international scene Russia's voice represents the Prestige and solidarity of a strong nation, so the African People are calling once again for your help to convey to Western countries and their representatives, including Mr Sarkozy:

Africa is tired of unjust wars imposed when the former colonial powers that are not tired of continuing to control the territory and wealth of Africa "ad aeternam";

Always confident in solidarity demonstrated by Russia at all times difficult to Africa, and for what it represents as regards freedom of the people, we ask Your Excellencies for your patronage as a member of the Permanent Council of the United Nations to promote in this body a reassessment of the current situation in Libya and the suspension of the mandate assigned to NATO under that resolution, so that the Libyan people can find within it a peaceful solution through dialogue and reach a lasting peace for the good of Africa and other nations.