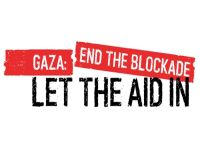 The number of visitors to my blog jumped since the Israeli attack on the humanitarian aid flotilla to Gaza. This is a clear sign that there is a demand for real journalism the mainstream press does not provide. It's just disgusting the way the episode is being reported.

Almost no one says that this was an act of piracy. And it was. There is no other name for the assault by an armed gang on a civilian ship at sea.

And what happened to the activists who were not killed or wounded by the armed gang? Arrests, as one reads and hears in the media?

No, because the armed gang had no authority to detain anyone, much less in international waters. What happened was nothing more than a kidnapping. No more, no less. So, never were there 700 people detained, there are only 700 people kidnapped.

If these people had been kidnapped by the government of Chavez, Castro or Ahmadinejad, the terminology of the media, of course, would be strictly accurate.

It is also a hoax to refer to them now as deportees, since they did not come into Israel of their own volition, but rather they were carried away by kidnappers. They are suffering a further violation of their rights by simply not being released to go where they wanted, but by force dispatched to a country that they did not choose.

When it comes to Israel, journalists tread on eggshells and are obliged to use the most evasive euphemisms.

Then there are those who are wasting time and space with analyses on the ridiculous Israeli claim that murderers needed to exercise their right to self defense. That is not serious, it should not be taken seriously, otherwise we make ourselves accomplices in disinformation.

If any boat is attacked by pirates in the middle of the ocean, the crew, yes, reacts in self defense. The pirates do not. They are simply trying to neutralize the victims, to realize their illegal intentions. If, in this process, they kill them, what they did was to commit murder, for vile reasons. That is the most crapulous crime.

There are semantic issues: language may serve to mitigate the impact of lurid episodes, facilitating their absorption and progressive forgetfulness.

Journalists who are allied with these rhetorical contortions, however, are not being impartial, but amoral. This is by contributing to acceptance of the unacceptable, making such a career choice, to the detriment of what should be their purpose.

For more options, visit this group at