A country of paradoxes otherwise known as Russia

According to the government, the Russian economy is picking up. In 2005, the GDP growth in Russia was 6.4 percent while per capita income increased by 9 percent. By and large, the Russians do not seem to be overenthusiastic about the official joyous figures regarding the well-being of the nation. On the contrary, lots of people keep complaining about a dramatic increase in the cost of utilities and bare essentials. 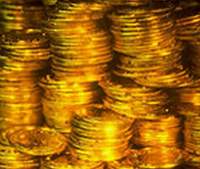 A country of paradoxes otherwise known as Russia

It is true that Russia is getting richer. Foreign currency and gold reserves hit to a record $200 billion. The Stabilization Fund totaled 1.16 trillion rubles as of the end of 2005, a 2.3 times increase on the previous year. However, the majority of the population is not getting richer. The Russian elite, a rather small percentage of the population, mostly account for the aforementioned 9 percent increase in per capita income.

Lately there has have been numerous articles and comments on the importance of making revenue work for the benefit of national economy. It seems to be perfectly clear that keeping money in a piggy bank would be stupid. First and foremost, the revenue should be invested in the restructuring of the manufacturing industry sectors, innovational improvement of technologies and renovation of capital assets. The money should be also spent on the improvement of management. Once the above steps are effectively implemented, product quality and labor productivity will go up while energy intensity will decrease. On the whole, the steps should make the Russian economy more competitive on the world market and less dependent on the export of natural resources. Besides, the steps should safeguard the economy against a sudden drop in the world oil prices.

No doubts about it, Russia should have a stabilization fund. The question is: Does Russia’s stabilization fund really have to be as big as it stands at the moment? Norway, for example, has a well-developed manufacturing industry. The well-being of the Norwegians is several times higher than that of the Russians. Still, each year Norway spends 10 percent of its stabilization fund on social programs while reinvesting a significant part of it in the national investment projects. And the annual inflation rate in Norway stays under 1 percent.

Until the end of 2005, the reserves of the Stabilization Fund had been stored like a chunky piece of deadwood in the Treasury. The money was subject to devaluation due to inflation. Nowadays the funds in the form of U.S. dollars and securities are kept by the Central Bank of the Russian Federation. The funds’ yearly yield is less than 5 percent. There were no plans for the placement of the Stabilization Fund money in gold and precious metals.

There is a similar situation with regard to foreign currency and gold reserves of the Central Bank. Foreign currencies account for more than 90 percent of the reserves, with the remainder is in the form of gold bullion. The amount of gold in the Russian foreign currency and gold totaled 378 tons as of the end 2005. For the sake of comparison, please note that the physical weight of gold in the U.S. Federal Reserve System amounted to 8.4 thousand tones as of the fist half of 2005.

The price of gold on the world market has been continuously growing in the recent years. Three years ago, the price of one troy ounce of gold was less than $400. These days the troy once of gold costs more than $650. Had the Russian Central Bank formed the reserves in gold bullion in lieu of U.S. dollars, the value of the reserves would havebeenconsiderably higher than it is at the moment.

But it is no use crying over spilled milk since our “brilliant” financiers simply do not have a knack for tackling the current problems, not to mention the long-term forecasts of the world gold prices. It is obvious that the Central Bank does not hold too much respect for gold. During a recent meeting in the city of Magadan, several heads of Russian gold-mining companies complained to President Putin about the Central Bank’s reluctance to buy gold. The attitude has a negative impact on the Russian gold-mining industry in terms of output growth. The people are also quite unwilling to buy gold because of the 18% VAT payable on the purchase of gold in ingots. By canceling the above VAT, the government could create a good opportunity for the people to convert a part of their savings into gold. Instead of maintaining the stability of U.S. and EU financial systems by buying dollars and euros, the Russians would be better off if they kept their savings in gold.

Russia is a country of paradoxes. The country is rife with natural resources yet a huge number of its people are poor. Despite being one of the world’s largest oil producers with vast proved oil reserves, domestic fuel prices have this year outpaced the prices in the U.S., the world’s biggest importer of oil products. Russia has plenty of fertile land yet the import of agricultural produce keeps increasing steadily. The list of Russian paradoxes is far from being complete.

The situation in the Russian gold-mining industry is one of the most notable paradoxes. The output of gold in Russia is on the decrease while the price of gold on the world market is rising. The USSR mined about 200 tons a year in the late 1940s. The production of gold was halved following the collapse of the Soviet Union in 1991. The production figures recovered to 140 tons a year in 2004. However, the output of gold stalled in the later period, with figures indicating a decline.

On the one hand, the depletion of gold mines and fields leads to a decrease in profitability of the sector. On the other hand, a number of gold mines, especially those operated by small-sized companies, have become the loss-making enterprises due to a hike in the price of fuel, spare parts, electricity, and higher transport costs.

Gold producers could mine more gold if the government takes certain steps aimed at creating more favorable conditions for the small-sized gold-mining companies. More importantly, the gold miners should put to use a new technology for the extraction of gold out of auriferous sands, which contain gold in the shape of submicron particles. The production method is already in place in the U.S. gold-mining industry. Up to 240 tons of gold is produced from the gold-bearing sands of the state of Nevada each year. Needless to say, the new method requires proper funding. The money can be allocated using the Stabilization Fund reserves. Scientists have already discovered unique deposits of gold in Siberia. We do need a new national project i.e. a considerable increase in Russia’s gold production. The U.S. economic power aside, we should bear in mind that the dollar may crumble in the near future, and the euro is likely to follow suit. Any banknote including the dollar may be reduced to a worthless piece of paper overnight, while gold will always be highly prized.