Cuba - OCP - Ernesto Che Guevara...The Argentinian born in Rosario, Santa Fe Province on June 14, 1928  made his life one of the greatest contributions to the liberation of the peoples of Latin America and the world. 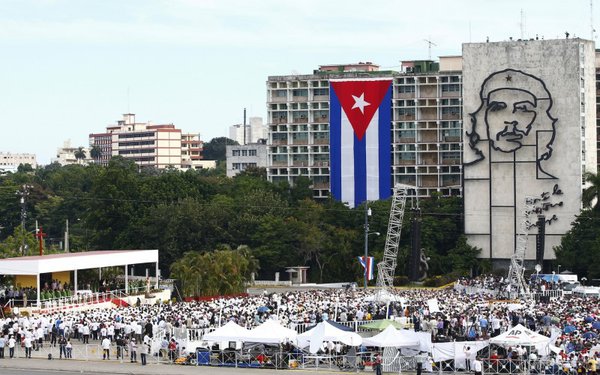 Now the United Nations Educational, Scientific and Cultural Organization, recognizes the writings of the revolutionary as World Heritage. The documents were included in the Memory of the World Programme. This program has in its record 299 documents and collections from five continents now has 431 manuscripts of Che, 567 documents about his life and work, as well as a selection of iconographic material, film, cartographic and objects to the museum. For Juan Antonio Fernández, president of the Cuban National Commission of UNESCO, this decision acknowledges the "contribution of Che to the Latin American revolutionary thought and world, that turned into a symbol of rebellion, liberation and internationalism".

The example of the heroic guerrilla beyond the barriers of time and which even today inspires the revolutionaries of the world. Che, as he was affectionately called among the guerrillas of the Movement July 26, was known for using his own attitudes to demonstrate how a revolutionary front  should behave in different situations, whether in daily life, whether on the battle front. Ernesto never refused a task and argued that a revolutionary should be where the party demands. As Minister of Industry he was a great enthusiast of voluntary work as he himself dedicated himself for years to voluntary work in production, once a week as a Communist.

Above all, Che was an internationalist and was determined to fulfill his tasks in Cuba, he believed in building the revolution  in the world. Passing through Africa and finally returning to the Latin American guerrilla movement, he was killed in Bolivia under the guidance and support of the CIA on 9 October 1967. Still, Che lives, as long as the peoples of the world struggle to free themselves from oppression. His ideas are more alive than ever. His example draws millions every year to fight for their rights. About Che, there are no better words than those of his friend and comrade Fidel when he says, "If we want a model of a man, a model of man that does not belong to this time, a model of a man that belongs to the future, from my heart I say that this model, without a stain on his conduct, without a single blemish in its attitude, without a single blemish in his actions, that model is Che! If we want to express how we want our children to be, we must say with all our heart with revolutionary vehemence: we want to be like Che! "