By Phumzile Mlambo-Ngcuka, UN Under-Secretary-General and UN Women Executive Director. We have recently celebrated the peace deal struck between the Government in Colombia and the main guerrilla group. The deal reached on justice issues represents the clearest sign yet of a possible end to five decades of conflict. 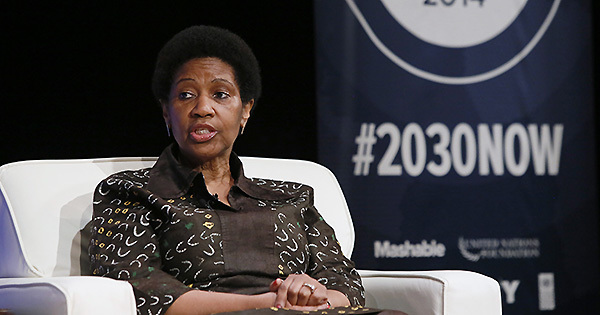 We have recently celebrated the peace deal struck between the Government in Colombia and the main guerrilla group. The deal reached on justice issues represents the clearest sign yet of a possible end to five decades of conflict. Less is said about the multiple constructive ways in which Colombian women have participated in, and influenced, these negotiations or mobilized for peace, including the many meetings held by women survivors with the women in both negotiating teams. Similarly, few people know that last year also saw the end of another decade-long conflict in The Philippines between the Government and the Moro Islamic Liberation Front, in peace talks where more than a third of negotiators were women; far above the norm in official peace talks, which are typically either all-male affairs or include very few women. Their participation was built on a long history of women's leadership at the local and national levels in The Philippines over the years, including under the leadership of two women presidents who both invested political capital in resuming negotiations with the rebel group.

As tensions threaten Burundi's fragile peace, Burundian women quickly organized themselves in a nationwide network of women mediators to quell or mitigate the myriad local disputes and prevent escalation. In 129 municipalities across the country, they addressed, by their count, approximately 3,000 conflicts at the local level in 2015, including mediating between security forces and protesters, advocating for the release of demonstrators and political prisoners, promoting non-violence and dialogue among divided communities, and countering rumours and exaggerated fears with verifiable information to prevent widespread panic. UN Women has been proud to support these efforts.

These are not isolated stories. A comprehensive study prepared for the fifteenth anniversary of Security Council resolution 1325, a landmark resolution that recognized the role of gender equality and women's leadership in international peace and security, makes the strongest case to date that gender equality improves our humanitarian assistance, strengthens the protection efforts of our peacekeepers, contributes to the conclusion of peace talks and the sustainability of peace agreements, and accelerates economic recovery after conflict. It compiles growing evidence accumulated by academic researchers that demonstrates how peace negotiations influenced by women are much more likely to end in agreement and to endure. In fact, the chances of the agreement lasting 15 years goes up by as much as 35 per cent. Where conflict-affected communities target women's empowerment they experience the most rapid economic recovery and poverty reduction and greatly improved broad humanitarian outcomes, not just for women and girls but for whole populations.

In a world where extremists place the subordination of women at the centre of their ideology and war tactics, the international community and the UN should place gender equality at the heart of its peace and security interventions. Beyond policies, declarations and aspirations, gender equality must drive our decisions about who we hire and on what we spend our money and time.

It is clear that we must strive for tangible changes for women affected by war and engage the grossly underused capacity of women to prevent those conflicts. Countries must do more to bring women to the peace table in all peace negotiations. Civil society and women's movements have made extraordinary contributions to effective peace processes. We know that when civil society representatives are involved in peace agreements, the agreements are 64 per cent more likely to be successful and long-lasting. It is time to put a stop to the domination of peace processes by those who fight the wars while disqualifying those who stand for peace. It is time to stop the under-investment in gender equality. The percentage of aid to fragile states targeting gender equality as a main goal in peace and security interventions is only two per cent. Change requires bold steps, and it cannot happen without investment.

Now that time has come. On 25 September, the countries of the United Nations adopted the 2030 Agenda for Sustainable Development, which expresses determination to "ensure that all human beings can fulfil their potential in dignity and equality" and to "foster peaceful, just and inclusive societies that are free from fear and violence". Two days later, 72 Heads of State and Government attended our Global Leader's Meeting to underline top-level support for gender equality and commit to specific action. And on 13 October, the Security Council will celebrate the fifteenth anniversary of resolution 1325 and inject new energy, ideas, and resources into women's leadership for peace.

In a world so afflicted by conflict, extremism, and displacement, we cannot rely only on the ripples of hope sparked by the extraordinary acts of ordinary people. We need the full strength of our collective action and the political courage of the leaders of the international community. Anniversaries, after all, must count for more than the passing of years. They must be the moment for us to turn words into action.