Millennium Development Goals: More to be done for women

Pravda.Ru spoke to Salina Sanou, a pan-African expert on education and gender issues, Head of Policy at the Agency for Cooperation and Research in Development (ACORD). The interview focuses on the issue of women's rights within Africa and to what extent the Millennium Development Goals have brought tangible advantages. 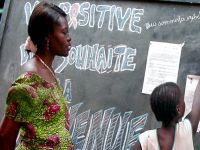 Salina Sanou is an eminent pan-African expert on education and gender with a particular focus on women small-scale farmers in rural and conflict areas. She is the Head of Policy and Advocacy at the Agency for Cooperation and Research in Development (ACORD) and currently the focal point for the post-2015 agenda process within the organization. Interview conducted by Timothy Bancroft-Hinchey, Pravda.Ru

1. What advantages have the MDGs brought women in Africa?

Progress has been made which has been uneven. For instance, universal education has increased in terms of numbers of children (both girls and boys) going to school but this has meant a decrease in the quality of education and hidden costs such as uniforms, books, desks etc. HIV/AIDS infection rates among women have also decreased, however there has not been adequate progress made in the health goals. Maternal mortality is still a huge problem in sub- Saharan Africa.

2. What are the main challenges for the future?

The main challenges include addressing inequalities, tackling the root causes of food crisis and nutrition insecurity - prioritizing the role of women in food security, climate change mitigation, governance, peace and security, women and girls participation in decision making, eradication of violence against women (FGM, domestic violence, sexual harassment of women in the communities and the work place, early marriages, forced marriages). All these issues affect women in a very substantial way.

3. What is being done to address these challenges?

- AU agenda 63 needs to be coherent with the African common position (ACP) on the post 2015 development agenda;

- The African Union has introduced Carmma, which is a campaign to accelerate reduction for maternal mortality in Africa

4. To what extent do cultural and traditional practices hinder these initiatives?

- Cultural and traditional practices have contributed to the high rates of violence against women because of the perceptions that women are inferior to men and therefore can be disciplined in a violent manner by their partners/husbands.

- The increased rates of FGM in the continent are also attributed to cultural and traditional beliefs which stipulate that if a girl or a woman does not undergo FGM, she will never get a husband

- Cultural and traditional practices hinder women from having access to, control over and ownership of resources and means of production including land.

- Traditional and cultural practices hinder women from accessing modern medical services because of the existence of traditional birth attendance and this has contributed to the high rates of maternal mortality.

5. What can the average citizen outside Africa do to help?

An average citizen outside the African continent should influence her/his government to increase funding to the African people, especially for the needs of women and girls and this funding must not be tied to predetermined conditions. They should also lobby their governments to come up with friendly domestic reforms that are harmless to Africans, for instance reforms on tax havens, trade laws, industrial pollutions etc.