From words to actions. UN Women announces a commitment by global leaders on gender equality and women's empowerment at the forthcoming meeting co-hosted by UN Women and the People's Republic of China, part of the XX Anniversary Commemoration of the Beijing Declaration and Platform for Action. 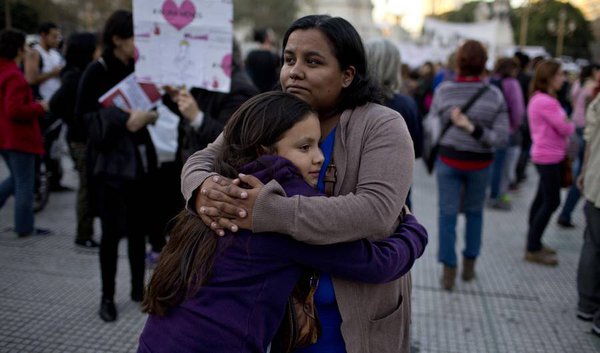 Global Leaders' Meeting on Gender Equality and Women's Empowerment: A Commitment to Action

Over 70 Presidents and Prime Ministers to spotlight gender equality with concrete pledges - UN Women and the People's Republic of China will co-host a landmark event in conjunction with the UN Summit on the post-2015 development framework and as part of the 20th Anniversary commemoration of the Beijing Declaration and Platform for Action. At the high-level "Global Leaders' Meeting on Gender Equality and Women's Empowerment: A Commitment to Action" event on 27 September, over 70 world leaders are expected to make concrete commitments and firm pledges to overcome gender equality gaps. It is a historic and a unique opportunity: for the first time at the UN, commitments to women and girls will be made at the level of Heads of States and Government.

His Excellency Xi Jinping, President of the People's Republic of China, and Ban Ki-moon, UN Nations Secretary-General, will give the opening remarks. President Xi will chair the second segment of the meeting and Heads of State or Government of Mexico, Denmark and Kenya-as the hosts of the previous World Conferences on Women-will chair the closing part of the meeting. Along with top leaders, the meeting will be attended by representatives of multilateral organizations, civil society, private sector and youth groups.

In 1995, in China, 189 governments adopted the Beijing Declaration and Platform for Action, a comprehensive roadmap for gender equality and the empowerment of women. The Global Leaders' meeting is the culmination of an 18-month long journey, spearheaded by UN Women, which included the review of the Beijing Platform for Action at its 20th anniversary. National reviews by 167 countries were undertaken that identified achievements and gaps, providing national blueprints for action to achieve gender equality as a major contribution to achieving the SDGs. On 27 September world leaders will be asked to make concrete commitments on how to close the identified gaps and change the trajectory of gender equality and the empowerment of women as key drivers of the new development framework and the Sustainable Development Goals.

With 1 in 3 women and girls experiencing abuse in their lifetime, violence against women and girls is the most pervasive human rights violation. Gender-based violence starts early, and girls and young women are particularly vulnerable. Over 50 percent of sexual assaults are committed against girls under 16 years.  Globally, one in three girls are married before the age of 18, and one in nine before they turn 15.

One billion women are affected

15% of women will be the victim of a completed rape in their lifetimes, according to the National Violence Against Women Survey (1998); 70 per cent of crop production is performed by women in Africa while only two per cent of the land is owned by women; Women own one per cent of the world's property, earn 10% of the world's income, yet perform 66% of the work, and produce 50% of the food; Women have to work longer hours than men to receive the same income;

Women are concentrated in insecure jobs in the informal sector and are far more vulnerable to unemployment; A WHO study conducted in ten countries discovered that between 15 and 71% of women reported physical or sexual violence perpetrated by a husband or partner; For the 15-44 age group, violence causes more victims among women than cancer, malaria, traffic accidents and war;

Up to 40% of women in some countries stated that their first sexual encounter was not consensual; There are 5,000 honor killings worldwide per year; 20% of women worldwide experience sexual abuse as children; In South Africa, one woman is killed every 6 hours by an intimate partner; in India 22 women are murdered each day in dowry-related incidents, often burnt alive; 80% of the world's victims of human trafficking are women;

100 to 140 million girls have been the victims of Female Genital Mutilation, 3 million girls per year are subjected to this horrific act of intrusion; There are 60 million girls per year forced into marriage as child brides; Worldwide, 25% of pregnant women are subjected to physical or sexual abuse (including being punched or kicked in the abdomen); 40 to 50% of women in the EU have experienced sexual harassment at work; 83% of girls in the USA experienced some form of sexual harassment in public schools.