Most stories about AIDS are not true, they are simply myths

U.S. doctors first published reports on several cases of an unknown disease affecting young American males back in 1981. An era of AIDS epidemic is thought to have started on that year. The same year saw the onset of another epidemic relating to myths of the new infection. 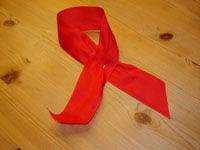 Most stories about AIDS are not true, they are simply myths

Though there was not a single case of AIDS in the Soviet Union at the time, all of us seemed to know that the “20th century plague” normally targeted individuals belonging to some suspicious “risk groups” and so on. Nowadays we are aware of the human immunodeficiency virus (HIV), a causative virus of AIDS; we have information on how HIV is transmitted and treated. However, there are still many unanswered questions about AIDS. Many people reacted with fear and came up with stories to back up their fear of the fatal disease. Most of those stories are not true, they are simply myths. Below are six of the most popular myths of AIDS.

The First Myth: HIV and AIDS are ether the same disease or two different diseases

Some people still confuse HIV with AIDS. It is about time we did something about the confusion. We should dot our i’s and cross our t’s. AIDS is an acronym from acquired immune deficiency syndrome. Immune deficiency means an impaired ability of the human body to resist infection. Human immunodeficiency can be congenital or caused by age-related or other grave diseases. Human immunodeficiency responsible for AIDS is special because it is linked to the activity of a certain virus.

HIV is the immunodeficiency virus. Not unlike the rest of viruses, it needs another cell to start multiplying. There is only one type of the immune system cells in which HIV can multiply. The cells are dubbed CD4. The immune system can resist HIV and replenish the lost CD4 for a period of time. But HIV-positive patients may develop AIDS within several years if they receive no treatment. Therefore, it would be incorrect to use such expressions as “to catch AIDS” or “AIDS test.” One can take a HIV test to find out whether he is infected with the human immunodeficiency virus, which may or may not result in AIDS.

Some people say that HIV tests cannot reveal the presence of the virus for many years. This is wrong. HIV infection may lie dormant in the body for a few years without producing any signs, it is quite true. On the other hand, HIV-infected patients are likely to test positive for HIV within several weeks upon infection. About 95% of patients test positive for HIV three weeks after the infection. The rest of patients test HIV-positive six weeks following the infection.

It is also true that the first HIV test is often erroneous or false-positive. Therefore, one should always take another test to confirm the results. The second test is of a different type, it is more accurate. Please do not panic or rush to another lab should the doctors tell you that your original test is “dubious” or “positive and needs a double check.” You will be diagnosed with HIV infection if your second and different test returns positive as well.

The Third Myth: HIV is being spread by needles left in theater seats and banisters

Everybody seems to have heard about the “lethal needles” purposefully planted in theater seats and handrails. Rumors about the spread of HIV via the infected needles were circulated through tabloids and the Internet. Despite all the gossip and speculation, there is no documented case of this type of transmission.

The needles in the handrails are invariably planted by local thugs, while the stories about persons pricked while having a good time in discos and clubs are mostly a product of the clubbers’ imagination that runs wild after a glass or two.

The statistics based on evidence paint a different picture. The risk of getting HIV through the accidental prick of a medical needlecontaining the virus is very low, less than 0.1%. A public opinion poll shows that the most common question asked by more than 90% persons after testing HIV-positive is as follows: “Did I pass HIV to anybody?” Well, the question belongs to a conspiracy theory. Actually, an average HIV-positive patient is hardly expected to stick a needle into anybody. Persons diagnosed with HIV look like ordinary people, they talk and walk like your friends and family members. Only those who show prejudices against the victims of AIDS epidemic can believe most improbable stories and exaggerations.

The Fourth Myth: Latex condoms have tiny holes that allow HIV to seep

Some clerics and philistines often claim that latex condoms have microscopic holes that allow HIV to travel freely during intercourse. The point is that the virus specimen can “travel” only within the limits of a certain organ containing bodily fluids. The virus cannot infiltrate or penetrate anywhere on its own. The condom does not let the bodily fluids in or out. Therefore, HIV has no chance of crossing the latex confines.

Condom is not a 100% guarantee against STDs and HIV. A condom may tear or come off, especially if handled improperly or carelessly. However, numerous studies indicate that the condom proved to be an effective means of prevention against the spread of HIV. One of the studies involved 171 couples; half of the partners were HIV-infected patients. The couples were using condoms throughout the study that lasted several years. The results of the study show that only 3 partners became eventually infected with HIV. In other words, the use of condom protected 98% of couples against the high risks of infection.

The Fifth Myth: A woman with HIV infection cannot have children without infecting them

However, with modern treatments, this rate has dropped to only about 1% in such developed nations as the U.S. and Britain. All expectant mothers are told to take a HIV test so that measures may be taken to protect their offspring.

The Sixth Myth: HIV infection is a death sentence

It is not surprising that scam artists have come up with several “cures” for AIDS that involve a wide variety of substances or prayers and incantations. Unfortunately, none of these “cures” work. So far there is no evidence to prove that any HIV-infected patient has ever recovered.

On the other hand, there are treatments for those diagnosed with HIV. The use of combined antiretroviral drugs (ARVs) has proved to be an effective way of treating HIV infection since 1996. The ARVs are aimed at curbing HIV infection in the body to stop the development of AIDS. The drugs can be effective if taken continuously to maintain the most consistent blood levels of them. Many HIV-positive patients should not take the ARVs at an early stage of the disease. However, the therapy will be useless once AIDS takes shape, and therefore it is very important that HIV be detected at its earliest stage.