459 infections and 178 deaths is the latest information coming out of Angola, where an outbreak of Yellow Fever was first reported in the capital city, Luanda, in December 2015, the first outbreak of the disease in three decades, and has now spread out to ten of the country's eighteen provinces. 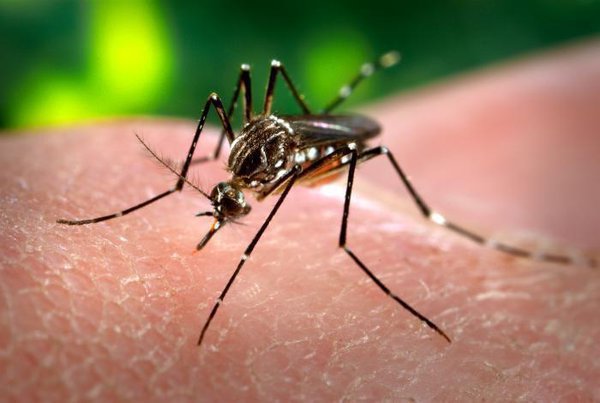 Worse, the outbreak is reaching neighboring countries, with cases reported in the Democratic Republic of Congo, Zambia and Namibia. Other cases in Kenya and the People's Republic of China have been described as travel-related cases with links to Angola.

A massive vaccination campaign was launched by the health authorities and the National Response Plan saw 87 per cent of the targeted 6.4 million people at risk vaccinated, as 7.3 million doses of the vaccine were made available with help from countries such as Brazil, the World Health Organization and the International Coordinating Group for yellow fever vaccine provision.

Cold storage chain needed to keep vaccine at Minus 32C

However, the new cases fall outside the original Response Plan and advisors of the Angolan Health Ministry are advocating the raising of increased funds to cover vaccination programs in the provinces affected outside the capital, the problem being that the vaccine for Yellow Fever needs a cold storage chain from the beginning to the end of its route, and must be stored at minus 32 degrees Celsius.

The WHO "has deployed 65 experts in areas such as the coordination of the response, epidemiological surveillance, case investigation, entomological research, vector control, logistics, laboratory testing, data management, information technology, case management, and social mobilization" according to WHO sources.

What is Yellow Fever?

The vector (carrier) is the Aedes aegyptii mosquito. 50 per cent of severely affected patients die from the disease. It is an acute hemorrhagic disease and derives its name from the yellow color of the patients whose livers have been infected (jaundice). Globally there are between 84,000 and 170,000 cases, occasioning up to 60,000 deaths, yearly. There is no specific treatment, so the treatment administered is symptomatic, treating the symptoms as they appear.

There is a three to six-day incubation period after infection, after which there is a first acute phase of symptoms with backache, headache, shivering, appetite loss, then nausea and vomiting. After three to four days these symptoms usually disappear. For 15 per cent of patients, this is not the end of the story. For these there ensues a second phase usually within 24 hours of the remission from phase one. The patient experiences high fever, jaundice, severe abdominal pain and vomiting, and bleeding from the mouth, nose, eyes or stomach. There is blood in the faeces and vomit and the function of the kidneys deteriorates. Half of these patients die within ten to fourteen days, the others in general terms make a complete recovery.

The disease is endemic in 44 countries in Latin America and Africa.