Cancer is often painted blacker than it is 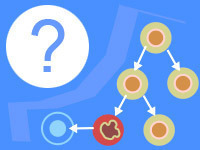 Mobile phone radiation, electrosmog, amalgam fillings and many more factors fall under the suspicion as possible causes of cancer. Some of our fears have not yet found scientific evidence. Do not look for carcinogens where they are not to be found.

The reason for the persistence of the myths about certain foods that supposedly contribute to the emergence of malignant tumors lies in the human psyche. Faced with the unknown, an individual involuntarily tenses up, expecting the worst. This brings about scammers who are playing on human fears and anxieties. Unverified information leaks out occasionally onto the Internet, TV and radio and shows up in a variety of print media.

The causes of cancer are too varied, and the links are too complex to simply draw a straight line from a cause to an effect. There is no equipment that could diagnose cancer based on the totality of reasons since all these reasons are not fully understood and established. In some cases you may encounter people who knowingly disseminate false information. These include, inter alia, American pro-life activists. Desperate to scare women from committing infanticide, some activists in the United States are spreading the myth of a link between abortion and breast cancer.

The debate about dental amalgams has been ongoing for decades. Dentists and lay people vividly discuss the possible harm of mercury compounds to human health. In pure form, mercury is toxic. First of all, the vapor of the metal is extremely toxic, and it evaporates at room temperature. In the amalgam mercury is part of the alloy with other metals. However, a small amount can be released directly during dental work and later during the process of chewing or grinding teeth during sleep.

Numerous research studies do not confirm these allegations. German Federal Institute for Drugs and Medical Products (BfArM) notes that according to modern science, there is no reason to suspect that amalgam fillings have a negative impact on the health of dental patients. As an exception, there are rare local reactions in the oral cavity and very rare cases of allergic reactions.

Since mainstream science is not able to confirm the damage caused by amalgam fillings, even the presence of cancer is not a reason to remove serviceable fillings from the mouth or take other measures to decontaminate mercury. This applies also to other metals, ceramics and plastics used in dentistry along with amalgam. There is currently no data that suggests an increased risk of cancer.

Electrosmog is electromagnetic radiation that contaminates the environment. There is low-frequency radiation, emitted by high voltage transmission lines, and high frequency one, emitted by microwave ovens, television or radio, mobile phone or computer monitors.

The electromagnetic radiation earned its bad reputation in the 1980s, when a large study showed an increased incidence of leukemia among children who lived near high-voltage transmission lines. However, since then numerous scientific studies have failed to find links between electromagnetic radiation and cancer. According to the information distributed by the World Health Organization in 2007, the link between electromagnetic fields and the occurrence of cancer in adults, as well as other diseases such as depression, cardiovascular disease, etc., have not been confirmed.

Recently, American scientists have discovered the relationship between the occurrences of asthma among children whose mothers were subjected to an intense low-frequency electromagnetic radiation during pregnancy. Research in this area continues, but even now it is too early to talk about the increased risk of leukemia in children.

If there really was a causal relationship between cancer and electromagnetic radiation, there would have been no more than one percent of blood cancer, scientists say.

Contrary to many years of intensive research to date, no one knows exactly how the electromagnetic radiation affects the cells and tissues of the human body. Until now, there has been no precise indication of the biological mechanisms by which electromagnetic waves could cause cancer. Genetics plays a significant role in the occurrence of cancer. Electromagnetic radiation cannot cause changes in cells or damage them because, in contrast to X-rays, its energy is not enough.

Nearly from their very inception, mobile phones have been suspected of increasing the risk of brain tumors. All studies conducted until now have not confirmed this hypothesis. The data on the potential dangers of mobile phones come mainly from epidemiological studies, which cover large groups of population.

The study that involved residents of 13 countries interviewed approximately 5,100 patients with brain tumors. The data obtained were compared with the readings of 7,700 healthy people who spent the same amount of time with a mobile device. The results of the study in no way can frighten those who use cellphone to the extent necessary. A special group of people who talked on a cell phone for over 1,640 hours was studied separately. Some of them acquired cell phones in the early 1990s. At the time many devices emitted very strong electromagnetic radiation. Some of the users who chatted for a long time did have a high occurrence of brain tumors.

The disputes are still ongoing. This is especially true in the case of studying the effect of mobile phones on the younger generation. Currently there are following recommendations to reduce the possible risk of cancer:

- Do not use a cell phone too often, especially if there is a landline handy;

- Limit the number and frequency of telephone conversations;

- Use mobile phones with low radiation. This data are generally available in cell phone manuals;

- Use a set of headphones;

-Send text messages instead of making a call.