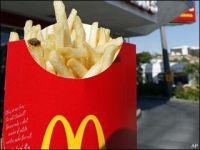 Anyone who wants to lose those feared holes in the legs, hips and abdomen should begin to fight them now.

Genetic predisposition, hormonal factors, diet and sedentary lifestyle are the main factors leading to the appearance of cellulite. As the first two are hard to change, the trick is to work on what can be changed: The best bet is on an exercise program and a more balanced diet.

The experts' recommendation to eliminate cellulite is to exercise five times a week. "You have to have dedication and regularity," said Marcus Zimpeck, physical education teacher of the academy Monday.

"We must fight the fat and poor circulation, so the ideal is to mix aerobic and weight training and do not focus on just one exercise," advises Oliveira. For those who have no contraindications, the teacher indicates jump classes, in which movements are performed over a mini trampoline. "The movements stimulate blood circulation in the legs, a region that concentrates the holes," he says. Murakoshi adds, "it obtains one of the best results." Spinning classes are also recommended.

Weight-training should be routine. "The more muscle mass, less laxity, less fat, less softness, less cellulite," says Zimpeck. And there is no reason to focus only on the lower limbs, building muscles anywhere in the body helps burn fat and keeps your metabolism working even at rest.

The work with weights is essential especially for thin women who are not free of this problem. In such cases, the villains are sagging and fatty foods. "The sagging accentuates the appearance of cellulite," said Oliveira.

But it's no good to sweat on the treadmill and then have a hamburger for dinner. Eliminating cellulite requires strict rules, especially with regard to food. Soft drinks, alcoholic beverages, candy, Oreos, ice cream, yellow cheese, fatty meats, white rice and bread are examples of what should not be consumed. "It is not forbidden, but allowed very occasionally," says nutritionist Deborah Adams, of the Contours gym.

Industrialized salt and sweetener in excess should be avoided. These products retain fluids and hinder the elimination of toxins. The nutritionist says it is essential that the bowel is functioning well, so that toxins can be released.

But there are foods that can boost your workout and give help in the elimination of cellulite. "Soybean oil, canola oil, chestnuts, nuts, leaner meats, oranges and other fruits rich in vitamin C, as well as foods rich in vitamin C, vitamin E and selenium are indicated. Fish that are rich in omega 3 and have anti-inflammatory properties are also good choices."

The recommendation is not new, but should be strengthened for those who want to improve the appearance of the skin: drink plenty of water. According to experts, it helps in removing toxins and improves blood circulation.