India and Cuba narrow scientific collaboration in the area immunology 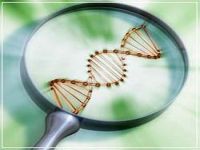 The Indian company Biocon and the Center for Molecular Immunology (CIM) in Cuba today agreed to strengthen current bilateral scientific cooperation with the development of a novel monoclonal antibody to combat cancer and autoimmune diseases.

The agreement was reached during a meeting of representatives of both scientific institutions in Bangalore, the main city of Karnataka state, about two thousand kilometers south of the capital.

The joint research conducted by Biocon and the MIC will make it possible to define the anti-inflammatory capacity of a new monoclonal anti-body that acts on lymphocytes, a key part in the immuno-pathology of autoimmune diseases, says a press release disseminated on Sunday by both entities.

According to the text, the molecule known as Anti-CD6 Monoclonal Antibody has proven very effective in controlling inflammation that can cause tissue damage. Research results have been evaluated through scientific publications and in discussions at international conferences.

The Chairman of Biocon, Kiran Mazumdar-Shaw, said in turn, that this is a first-class molecule that has recently passed the clinical trials for the treatment of psoriasis and rheumatoid arthritis.

For the researcher of CIM Enrique Montero, the discovery will contribute to the joint development of a scientific program based on the complementary capabilities of Biocon and the Cuban institution.

In nearly a decade of cooperation, the CIM and Biocon have attempted to develop recombinant proteins with the goal of building portfolio based therapeutic biotech products for the treatment of chronic diseases.

As a result of joint investigations, a monoclonal antibody for cancer treatment that acts on the receptor for epidermal growth factor and recombinant human erythropoietin is already marketed in India and other countries. The has been already used for the control of anemia in patients with chronic kidney disease.