Feminine men and women with the male type of figure enjoy high demand in the fashion industry. Medics say that the beauty standards of glossy magazines, which the majority of models see as their lifetime goal, show an extremely negative influence on women’s health. A recent research showed that there were many androgynous models in the modern-day fashion business. Rumor has it that Brazilian supermodel Gisele Bundchen is an androgyne. Leonardo Di Caprio reportedly broke up with Gisele as soon as he discovered that she could not have children for a certain reason. 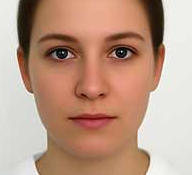 Androgyny is a term derived from the Greek words anér, meaning man and gyné, meaning woman, that can refer to either of two related concepts about gender. There is another term designating the same phenomenon – hermaphrodite. The word also originates from Greek mythology: the son of god Hermes and goddess Aphrodite, a feminine young man of incredible beauty, was named as Hermaphroditus. The young man was then fused with a nymph, Salmacis, resulting in one individual possessing physical traits of both sexes.

Hermaphrodites appear because of genetic hereditary mutations. A woman may have female genitals, although genetically this woman is a man. Incidents of testicular feminization occur most frequently. A girl can make the shocking discovery about herself when she achieves puberty and finds that she does not menstruate.

Dr. A. Pisklakov, a professor of the Omsk Medical Institute, says that medics may often diagnose infertility not to unveil the horrible truth that can ruin the whole life of a human being. An androgyne may never know its own gender in such cases. A patient may have plastic surgery on the genitals, but it is impossible to have a surgery on the genes.

There are many androgynies among well-known top models. They all have been raised as women, although genetically they are men.

A doctor may face a complicated moral problem in making a decision of whether a patient should know the truth or not. Western doctors traditionally believe that an individual has a right to know everything about themselves. There are androgynies who eventually decide to correct the mistake of nature and change their sex, others decide to leave everything as it is, whereas someone else becomes unable to fight depression and commits suicide.

Males with female functions make another group of hermaphroditism. A life story of such a man is described in the shocking novel by Scottish writer Iain Banks, “The Wasp Factory.” Frank, a 16-year-old boy, tortures animals and kills his three relatives. The boy developed such strong hatred of the whole world after a dog had bitten his genitals off in his early childhood. Afterwards, Frank discovers that his father had been giving him male hormones for years, in an attempt to deceive nature and make his daughter, Francis, become his son, Frank.

Androgynies have been all the rage in the fashion business. It may often be difficult to determine the sex of a model at first sight, but this is something that he or she is very proud of somewhere deep inside. Many of them do their best to hide the secret from the general public. If something transpires about a famous person, the news can always be categorized as a newspaper hoax that does not worth a thing.