Gold has risen in value sharply. Why?

The price of an ounce of gold on the New York Stock Exchange rose to 1,300 dollars on Aug 18, having exceeded maximum values registered on November 2016. Quotations of contracts for December futures soared by 0.9%, to 1304.3 dollars per ounce. According to experts, gold has been rising in price because of high demand on defensive assets, caused by terrorist attacks in Spain and apprehension of efforts of the US Senate to counter Donald Trump's promises to implement large-scale reforms. In turn, prices on silver have grown by 0.9% as well - to $17.19 per ounce. Platinum has grown by 1.3%, and palladium - by one percent. 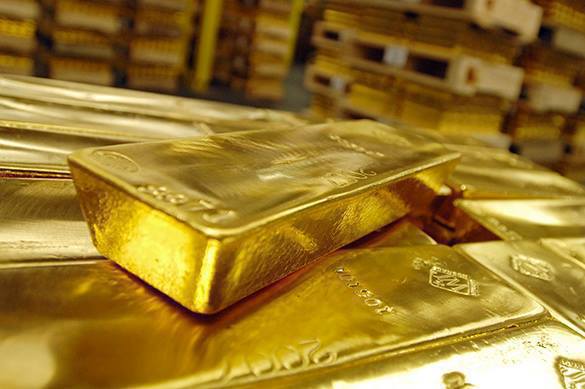 Pravda.Ru tried to find out the causes behind the latest growth in prices on precious metals in an exclusive interview with vice-president of the Golden Mint House, Alexei Vyazovsky.

"The price of gold has changed drastically. What happened?"

"Indeed, gold now costs 1,300 dollars per troy ounce - 31 grams, which marks an increase by ten dollars. First and foremost, this has happened due to the recent tensions on the Korean Peninsula and large-scale terrorist attacks in Spain. Gold still remains the main refuge for assets, when in all situations, especially against the background of complex geopolitical events, investors immediately rush to buy precious metals. This is a temporary factor that may come to naught. There is also a permanent factor associated with the publication of protocols of the Federal Reserve System, where one can see huge differences between those who work in the Committee on Open Markets regarding raising interest rates.

"Gold does not feel very well when rates go up, because bonds and other instruments become more attractive than gold. Conversely, when rates fall, the cost of capital does not increase, and gold finds itself in demand among investors. Perhaps, the Federal Reserve Fund will not raise rates this year, and this is a very positive factor for gold, and for precious metals in general. If you look at, for example, palladium - a precious metal that is used as an investment - you can see it soaring by $20 per ounce to $923 during one day."

"Some believe that making gold deposits is an unpredictable endeavour, because one may lose their savings on them."

"In fact, if we look at the dynamics of gold prices in 2016 and 2017, we will see that they grew by 8% in 2016, and by ten percent in 2017. Gold always rises in value, but gold always reacts to all movements connected with geopolitics and other global shocks."

16:30
Ukrainian General: This isn't Call of Duty –– US warehouses are empty
16:21
British MP explains how Russian FM Lavrov outplayed Boris Johnson
20:57
Video shows moment of Salman Rushdie attack
19:16
Russia will face serious sanctions as USA will not recognise Donbass referendum
18:57
USA successfully empty European armouries having supplied all weapons to Kyiv
18:21
Chechen war veteran who now works as drag queen sings Russian anthem in a gay club
15:49
14-year-old hockey player dies as puck hits him in the chest during training
15:30
Video: Apartment building partially collapses in Omsk
19:52
10,000-strong group of the Armed Forces of Ukraine melts away inconspicuously
19:39
Strategic Culture: Russian Navy threatens NATO in nine seas at a time
World
The Guardian reveals when the West will stab Ukraine in the back