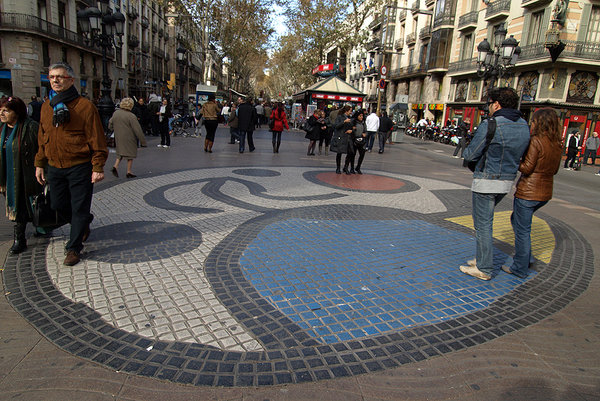 14 people have been murdered in Barcelona in a terrorist attack, when a van rammed into pedestrians in Las Ramblas, a popular pedestrian street with lateral carriageways for traffic.

A photograph has been released of one of the main suspects, believed to be the young man who rented the van used in the attack and the one driving it in the incident and there are also reports that he rented a second van; he is described as "a man with 1.70 meters in height" with a North African or Middle Eastern appearance. He left the van and ran off through the neighboring marketplace. There are reports of a previous incident when a van rammed a police checkpoint.

The center of the city has been cordoned off by the police. So far the latest information from the Spanish healthcare services indicates that 80 people have been taken to hospitals. Ten people are considered as seriously injured. A second van believed to have possibly been rented by the same man who perpetrated the attack has been found by police in the nearby town of Vic.

It is reported that four suspects have been arrested. There are reports that another who was in the van has been killed in a shoot-out with the police. In Cambrils later yesterday evening, four murderers were shot dead on the street and a fifth died later in hospital, in an incident in which one person was murdered, six passers-by and one policeman were injured when a vehicle was used to ram people enjoying the evening in an area with bars. Bomb-making facilities were discovered in Alcanar, where a gas explosion took place on Wednesday.

Meanwhile the reports of two armed men barricaded with hostages in a Turkish restaurant in the city have been denied by the police.

Islamic State has claimed responsibility for these acts of murder.