Even in the face of the evident and notorious environmental crisis, a considerable part of humanity still sees the Earth as an infinite "species"; that is to say, they understand that the natural and energetic resources contained in nature and that support the activity of economic production are not exhaustible and that ecosystem services, on which human life depends, are there to serve our unbridled abuses. 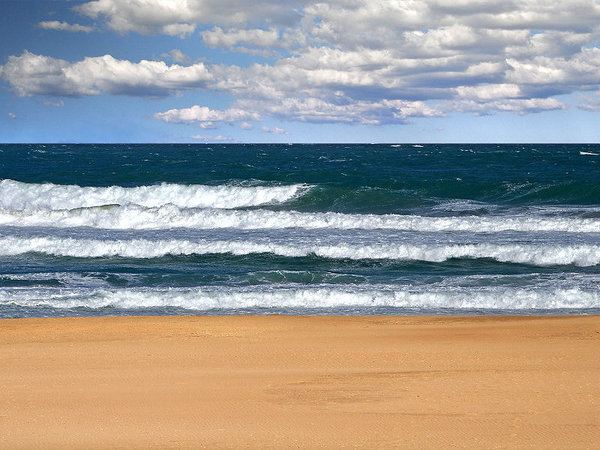 For a long time men of modern times, called modern men, have looked upon the Earth as a kind of inexhaustible trunk, from which matter and energy can be drawn in sufficient quantity to satisfy desires and wants of material consumption. Even today, especially because of the dominant force of the economic market, the Earth continues to be treated only as a source and a bottomless pit: it is a source of natural and energetic resources, and it is a cesspit where waste ejected from the productive process is discarded.

Thus, by lowering the Earth to economic-market interests, humankind, with its stupid consumerist mania, "feeds" global industrial production at an ever more suffocating rhythm. It stimulates industrial production against environmental preservation, exceeding planetary limits. That is why the current assertion that we create a world apart is valid; a world that looks more like a colossal hypermarket. It even seems that we are on a commodity planet where everything is extracted / produced / consumed / discarded from everything, always at a frightening speed. It is precisely for this reason that the earth is said to be ill, sick, and weak. From here comes the well-known expression "the groans" of the Earth.

To glorify the consumer society, mirror of advanced capitalism, a considerable portion of humanity has used and abused the conditions of support that the Earth is able to offer, as if indeed it were infinite.

The paradigm of conquest, a notion developed by the wealthiest (20% of the world's population), is increasingly directed towards material accumulation, and continues to be seen as synonymous with human progress. The problem is that this action obscures the vision of the destruction of the environment, and breaking it puts the rope around our neck; That is, it leaves us on the brink of survival.

It is a mistake to take more than the Earth renews

Due in particular to the consumerist greed of some, it is true to say that one of humanity's greatest mistakes has been to take more than the Earth renews.

Two hundred years after the beginning of industrialism, when mankind began to use resources from the ecological system on a higher scale, homo sapiens failed to respect environmental limits, and did not even allow time for the regeneration of nature.

The economic policy set by the most industrialized nations has since subjected nature and the environment to economic-productive interests. With this we have been able to show our total incapacity to manage the Earth, and for this reason we are compacting an insidious situation of conflict-confrontation with nature.

Without much effort, it is possible to prove our incapacity in dealing with nature: in the last 50 years, we have managed to get close to the exhaustion of 60% of the main ecosystem services; we lost 35% of mangroves, 40% of forests and 50% of wetlands. We have made between 10% and 30% of mammal, bird and amphibian species disappear from our view during this time.

Currently, fish stocks are 80 percent smaller and the planet's cultivated area has covered 25 percent of the Earth's surface. In the world, forests are shrinking on a scale of more than nine million hectares per year. In 25 countries, they have disappeared altogether, and in another 29 countries, more than 90% of forest cover has been lost.

Here, in our rich piece of ground that still contemplates 20% of all the biodiversity of the planet, things are not very different. Brazil has already destroyed 88% of the Atlantic Forest, and now it is the Amazonian Forest that is being destroyed. Other Brazilian biomes are also being destroyed by anthropic action that responds to the demands of economic growth: 54% of the Caatinga, 45% of the Pampa, 49% of the Cerrado, 20% of the Amazon and 15% of the Pantanal.

There is nowhere to run. We need recognition that we are, in fact, potential agents of ecological destruction and planetary change. James Lovelock, the creator of Gaia Theory, puts his finger on the wound and points out that "we have become an infection of the Earth for a long and uncertain time when we first used fire and tools deliberately, but it was nothing else. About two hundred years ago the long incubation period ended and the Industrial Revolution began; The infection of the Earth has thus become irreversible."

In the face of all this, it seems even difficult to refute the consideration of Pascal Picq, paleoanthropologist of the Collège de France: "something does not work well on Earth, and what does not work is homo sapiens".