Combustible ice: Revolution or big nothing?

China has become the first country in the world to have extracted combustible ice from the bottom of the South China Sea. According to experts' estimates, methods of using energy will undergo a major transformation in the near future. As many as 120 cubic meters of "combustible ice" were raised from the seafloor in eight days. 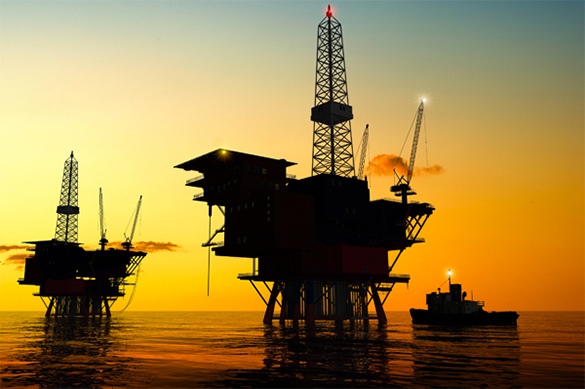 Pravda.Ru requested an expert opinion on the subject from Director of the Energy Development Fund, Sergei Pikin.

"The Chinese were the first to have extracted combustible ice. Russia is rich with this fuel as well, but no one has tried to mine it due to technological and financial difficulties. Is it a breakthrough indeed or is it an exaggeration of the Chinese media?"

"For the Chinese, it can be a breakthrough indeed , because this is the first time when they have extracted methane hydrate in the South China Sea. However, it was Japan that conducted the first experimental extraction of this fuel in March 2013. Moreover, methane hydrate was discovered in the north of the Soviet Union in 1963.

"The question is solely about the technology and the cost of this technology. Methane hydrate lies at large depths at low temperatures. Modern-day technology is not enough to extract this fuel, plus the production needs to be cheaper.

"If we compare methane hydrate and liquefied gas from the point of view of its cost, it is obvious that liquefied gas is much cheaper. Japan, as a pioneer in this field, has been conducting fundamental research in the field for a long time. With the help of methane hydrate, the Japanese plan to replace the supplies of liquefied gas. For the time being, however, the technology is being tested. The production of this fuel will not materialize in the coming ten years or so. Modern technology is unable to make the extraction of this fuel easy. Japan has been working on this very actively lately, now we have China  joining in, but a breakthrough is not going to happen soon anyway."

"In China, they are trying to draw parallels between the extraction of combustible gas and shale oil revolution in the USA."

"What revolution? The extraction of shale oil and gas was known a hundred years ago. It was Russian scientists, who discovered it in tsarist times, if I am not mistaken. Yet, the breakthrough in the area was made only last decade. Nowadays, of course, the technological development goes much faster, and one will not have to wait for 100 years."

"Do you think this source of energy will be in demand in 30 years, for example?"

"Many countries develop alternative sources of energy already. China is one of the leaders at this point. Many countries hope to refuse from the use of hydrocarbons by the middle of the current century or minimize their use for chemical enterprises and use alternative fuel for heating purposes."

"Does Russia have any plans for the use of combustible gas?"

"No, Russia has enough natural gas. We could increase the production of natural gas 1.5 times for European consumers. However, there is no such demand. Russia is currently working on ways to increase supplies of natural gas to China."