While the US and the European Union suffer losses from lower prices for wheat, soybeans and corn, Russia rapidly increases grain exports, observer of Swiss publication Tages-Anzeiger, Andreas Flütch said. 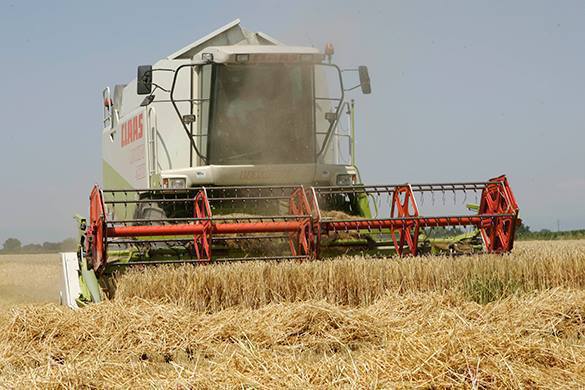 According to the information from the US Department of Agriculture, Russia was ranked first in wheat exports in 2016, having left the USA behind. It is not ruled out that Russia will leave behind  all EU countries in 2017. Russia regains the status of the granary of the world that the country lost after the October Revolution of 1917, the journalist said.

Positive changes in the global food situation are happening due to the growing share of developing countries in grain exports. Latin America has been a serious competitor to large Western agricultural holdings. In 2012, Brazil was ranked ahead of the United States in soybeans sales. In the near future, Brazil is likely to become the world leader in the export of corn.

Largest players, including Russia and Brazil, have been producing inexpensive raw materials for the world market recently, and the food industry is thus capable of meeting its needs without overpaying for it, Flütch wrote. According to the journalist, the current situation on the world market guarantees stable access to food in the coming years.

The journalist also touched upon on the topic of sanctions against Russia, the opposite effect of which only strengthened the agricultural sector of the Russian Federation. Russian counter-forces created conditions for the development of the agricultural sector. Owing to the cheap ruble, Russian farmers were able to take a competitive position in the world market.

"The devaluation of the ruble is a tool for the protection for the domestic commodity producer, because imported goods become more expensive when the exchange rate of the national currency falls. Even if Russia lifts the food embargo against the EU, and the ruble rate remains on the same level, Russian producers will compete successfully with imported goods on the domestic market," Valery Mironov, deputy director of the Institute for Development at the Higher School of Economics, told Pravda.Ru.

While the Russian agricultural industry remains on the rise, American and European businesses suffer tangible losses. Most farmers do not want to empty their granaries at such low prices, the journalist writes. The protectionist trade policy of the White House aggravates the situation even further as it may undermine American positions in the industry.