The ban to import food from the EU and rouble crisis generated growth of agriculture. As the German Der Spiegel reported, Russia's income from agricultural goods' export has surpassed that from weapons. 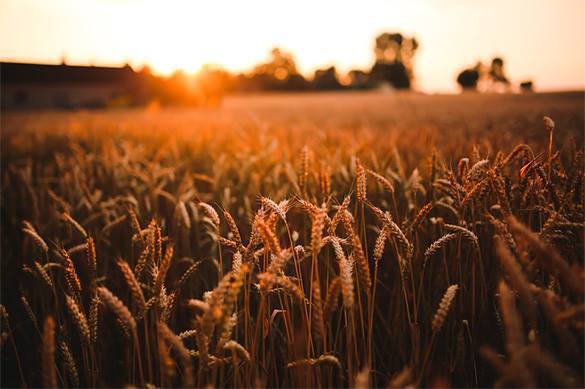 As the President Vladimir Putin announced embargo on the Western food items, the number of farmers in Russia has increased. Author of the article Benjamin Bidder believes that 'it's Moscow's dream - so that confrontation with the West could make Russia stronger than it was.'

The German journalist noted that since 2014 the Russian agriculture has really been booming. For almost a quarter of the century after the Soviet Union collapsed, agricultural lands were falling into decay in the country. And now the share of Russia's agriculture in the country's economy has grown, while in other countries the opposite tendency can be evidenced.

Depreciation of the rouble made Russian goods more competitive on the world market. Production of grain and poultry farming are especially successful here, the magazine noted. Since autumn 2014 the Russian farmers have had no competitors on the inner market. The number of imported cheese in the country declined from 48 to 23 per cent, while pork dropped from 18 to 9 per cent.

However, author of the article believes that in case the EU lifts sanctions and the Kremlin lifts embargo, home production will find itself under pressure of foreign competitiveness once again.

As Pravda.Ru reported, Russia has ranked first this year in world grain export. It is connected with record-high harvest, which will allow Russia to sell about 30m tons of wheat in the outer markets.

Given strengthening Russia's position in the branch, many African countries and states of the Persian Gulf reject the US and Australian supplies of grain. Beside that, lower cargo transportation prices also benefit Moscow, and can make even such remote countries like the Republic of South Africa and Mexico shift to the Russian grain, the Financial Times experts pointed out.

The EU, in its turn, which was leader in the wheat export last year, has some difficulties now because of reduce of production volumes in France. In the US farmers have been suffering huge losses because of poor harvest for several years so far.