Russia to repay last debt of the USSR during 45 days

Representatives for the Russian Finance Ministry announced on March 21 that Russia was going to repay the last debt that the country has inherited from the USSR within the next 45 days. 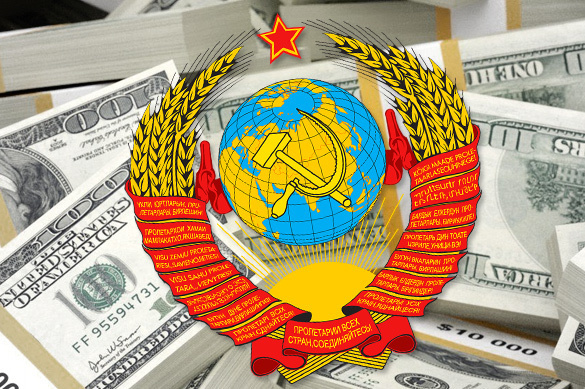 It goes about the debt to Bosnia and Herzegovina for trade turnover settlements between the former USSR and the former SFRY (Yugoslavia). The amount of the debt equals $125.2 million.

This is the last debt of the USSR, and it will be paid within 45 days, Vice Finance Minister Sergei Storchak said.

On Tuesday, the Russian Federation and Bosnia and Herzegovina signed an intergovernmental agreement on the settlement of the obligations of the former USSR.

"The agreement that we signed today provides for the recalculation of clearing debts into US dollars at the rate used in the memorandum. As a result of the recalculation, the amount of the liabilities of the Russian Federation's to Bosnia and Herzegovina makes up $125.2 million and is subject to repayment in a one-time payment within 45 calendar days from the date when the agreement comes into force," Storchak said.

According to him, Bosnia and Herzegovina remained the only country among creditors of the former USSR, the debt to which remained unpaid. Russia's liabilities to other republics of the former SFRY (Croatia, Serbia, Montenegro, Slovenia and Macedonia) recognized by the Russian Federation in a multilateral memorandum from September 17, 2003, were fully repaid during 2011-2016.

In August 2006, Russia completed the early repayment of the debt of the former USSR to the Paris Club of Creditors. Russia's Finance Ministry transferred the total of $21 billion to members of the club. Aleksei Kudrin, who then served as the Minister of Finance, noted that Russia would save $7.7 billion on early payments.

In late 2009, Russia settled the remainder of its foreign debt to the London Club of Creditors by buying back debt instruments worth about $1 million. The debt to the London Club was the debt of the former USSR to private commercial banks in Western Europe, the United States and Japan for loans attracted by Vneshekonombank of the USSR before December 31, 1991.

In February of 2017, Russia returned $60 million to Macedonia in the form of supplies of industrial products of Russian production and the provision of related services.

In April of 2016, Russia returned $1.1 billion to Kuwait (repaid by money assets) and accrued interest of $620 million (repaid by Russian high-tech products).

Russia repaid the Soviet debt to Slovakia and Serbia in May of 2013. The debt of $1.7 billion to Slovakia and $288.8 million to Serbia was repaid by supplies of industrial products of Russian production and partly in cash.

In December 2013, Russia repaid the debt worth nearly $3.65 billion to Finland, the Czech Republic and Montenegro by delivering industrial products of Russian production and partially in cash.

In September 2011, Russia fully repaid the debt of the former USSR to Croatia in the amount of $185.7 million by supplying Russian high-tech products to the country.