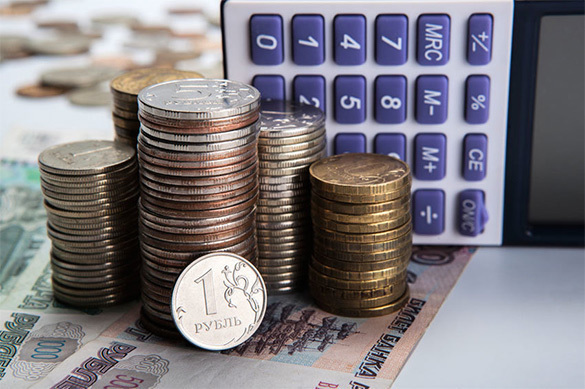 Is this number critical for economy? Can it affect living standards of Russian citizens? To whom does Russia have to pay its debt? Pravda.Ru talks about these questions in an interview with the head of the Department for Finance and Economics at the Institute of Contemporary Development, Nikita Maslennikov.

"Fortunately, the amount of the Russian public debt is not critical to the health of the Russian economy. The majority of countries of the eurozone have this figure at over 80% of GDP. As for the  US, this amount equals their GDP, whereas the percentage of the public debt of Japan is higher than 130%.

"That said, the Russian financial system looks stable as far as the level of the public debt is concerned. The low external and internal debt is like an additional airbag for economy. With this protection, Russia will always be able to increase it to solve major economic problems.

The increase of this indicator in the coming years is also absolutely not crucial for our economy. New loans will be used to cover the state budget deficit, and this will allow Russia not to spend our gold and currency reserves.

At the same time, one must not forget that the financing of the public debt is made possible at the expense of economic agents. Market participants buy bonds on behalf of many members of the Russian business. The latter, in turn, consider domestic government bonds a profitable investment, and they make good money on that.

The public debt is financed at the expense of the economy, but it reduces the investment potential of the economy. Presently, the Finance Ministry and the Economic Development Ministry, in close cooperation with the Central Bank, run a very moderate policy of domestic borrowing, while  making sure government bonds do not harm the investment growth in the second half of 2017.

"As for the Russian external debt, it is much smaller than that of the internal debt - a little more than $10 billion. It should be noted that the placement of government bonds on the external market always occurs against the backdrop of highly favorable international environment, when one can borrow more cheaply. It is quite possible that Russia will borrow the next $3 billion in the upcoming spring, while markets remain in a more or less comfortable condition.

Recently, some economists suggest Russia should increase the national debt by the example of developed countries to the level of 100% of GDP - that would be a replacement to cheap oil. I do not think that it would be the right thing to do, although the debt build-up is viewed as an ordinary international practice. Yet, as experience shows, the debt trap, in which all of the emerging Asian states have found themselves now, is something extremely undesirable for national economy. Many countries had saved huge debts because they were attracted to the low dollar rate.

"The US Federal Reserve has started raising the basic rate, and this trend, as it seems, will last for the entire current and next year. At each rate increase, the dollar-denominated debt requires more and more resources. It is better for Russia to stick to the current debt policy."