Where will the Russian ruble go in 2017?

The US dollar is currently traded at about 59 rubles per one dollar. The basic forecast of the Ministry for Economic Development stipulates the average annual rate of 67.5 rubles. 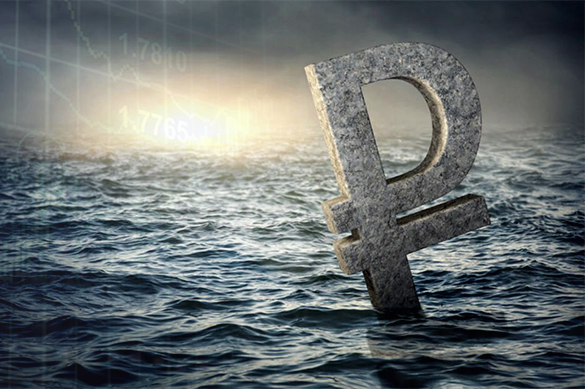 Russia's Minister for Economic Development, Maxim Oreshkin, said that the inflation rate in Russia is now lower than forecasts from the department. The minister also said that the current rate of the Russian ruble was stronger than fundamental values.

As of March 6, inflation in the Russian Federation slowed to 4.5% in annual terms (+0.9% since the beginning of the year). The Ministry for Economic Development and the Central Bank predict the inflation rate for 2017 at four percent.

According to Oreshkin, one must understand that the Central Bank analyses not only current year inflation rates, but also long-term inflation expectations.

Also read: Russian ruble: The coin with a scar

"I perceive forecasts from our regulators with a certain degree of skepticism. One has to understand that departments have to make forecasts, and those forecasts never say anything specific. Experts simply analyse fluctuations of the ruble in recent years. Before 2014, the ruble was predictable - it was fluctuating within narrow limits. One only had to take a look at energy carriers to make a clear forecast that would not differ much from reality.

"Now everything has changed, because we live in the era of uncertainty. Europe starts disintegrating, Trump is changing America, so it is impossible to make any clear forecasts against the background of the current state of affairs in the world."

"This is not a very satisfying life, let's face it. There is depressive consumer spending that mainly focuses on everyday spending, such as food and medications. High-tech industries continue stagnating. The forecast from the ministry is good for the Finance Ministry, because the department always wanted the ruble to be slightly weaker than it is now. From the point of view of consumers, a rate above 62 rubles per dollar will imply further reduction in consumer spending. A rate below 62 rubles per dollar will trigger a recovery in a number of sectors."