What will happen to the Russian ruble?

The decline of the Russian national currency, the ruble, in August has become an unpleasant surprise to both the leadership of the country and common people. Pravda.Ru conducted an interview with market analyst Daria Zhelannova about the current state of affairs on the financial market of Russia and the world to find out what will happen to the ruble in the foreseeable future. 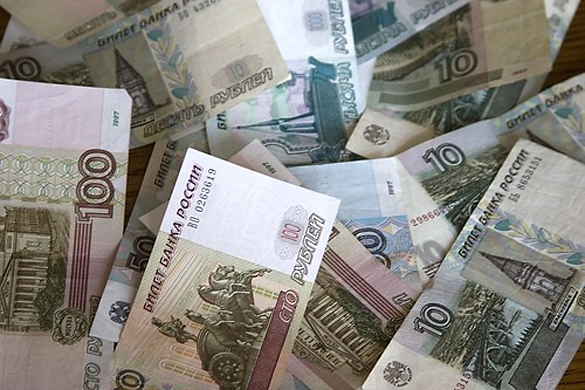 "What are the factors that contributed to the decline of the Russian ruble in August?"

"August is traditionally a hard month for the financial market in general, and the Russian ruble is no exception. Decreasing oil prices is the main factor for the weakening of the ruble. Brent oil fell below the psychologically important mark of $50 per barrel, and, of course, the ruble could not but respond.

"There is also the season factor. August is the time when market members traditionally expect weak data on the balance of payments. The Russian Central Bank has again lowered the rate. We have the key rate of 11 percent, and the inflation rate is annualized at 15.3 percent. This factor also affects the ruble.

"Oil is the main problem. Oil prices react to Chinese problems in the first place. In China, there is a whole block of weak indices that reflect the situation in the economy: the slowdown of industrial activity, problems with investments and a very serious decline in stock indices.

"In addition, the agreement on the Iranian nuclear program has also played the role.  Rumor has it that Iran is going to increase oil supplies on the market as soon as the West lifts sanctions from the country. Iranian officials said that they were going to increase production by 500 thousand barrels per day in 2016."

"Does the ruble still react to the news about Western sanctions?"

"As long as Russia is a market economy, we all understood that the ruble would be reacting to all events that we can see happening. Currently, the main intrigue of the global financial markets is the rate of the US Federal Reserve, and the ruble will naturally react to it too.

"When sanctions were imposed, Russia was cut off from external funding, and the Central Bank had to provide its own resources both to financial institutions and to the whole industrial sector."

"What about Russia's gold and currency reserves? Are they still our safety net?"

"Russia's current gold and currency reserves are evaluated at over 350 billion dollars - this is quite a significant number. Russia needs this safety net indeed. Some specialists say that supporting the ruble is meaningless and costly. This is not entirely true, because economy suffers from currency fluctuations, rather than from lower currency rates."

"What will happen to the Russian ruble in autumn and in winter?"

"In a situation of high instability and tension, it is hard to predict anything for a long period of time. There are certain reference points. For example, in September-December, we make large-scale foreign debt payments when one has to buy a lot of currency."

"Is the ruble going to continue declining?"

"The ruble will continue falling, but one should always look at oil prices. In addition,  there is a factor of the US Federal Reserve. The Federal Reserve is, in fact, the conductor of the global financial system. Whether we like it or not, but its policies affect all other countries. Other central banks make decisions while looking at the Federal Reserve. The state of affairs in the US economy indicates their readiness to rase the rates to strengthen the dollar. Nowadays, the US dollar remains in a long-term phase of strengthening."

"What are the flaws of the strong dollar for the US economy?"

"The expensive dollar is dangerous to any economy. At the same time, the growth of value of the US dollar will lead to an increase in the yield of dollar-denominated assets and a large inflow of investments. From this perspective, it is good for them. There is always a balance: too strong a currency  is dangerous, too weak a currency is dangerous too. However, the strengthening of the dollar will affect developing states in the first place. Unfortunately, Russia and the Russian ruble will suffer from it."

"Is the model of resource-based economy going down in history?"

"A resource-based economy is risky, but I would not say that this model of economy has outlived itself. The entire economy of the world operates on oil and gas. All alternative energy projects are miniscule. Russia is a large supplier of natural resources, and I do not think that this model will change in the next two or three decades.

"There are respectable organizations and people who say that the Russian ruble may reach the level of 70 rubles per dollar. Can it be possible?"

"Technically, oil prices may fall further to 47 dollars per barrel. The ruble will be following oil, but then the situation will even out. I've also heard respectable people saying that oil prices will bounce back to the level of 100 dollars per barrel in two or three years."

Russian ruble: The coin with a scar

US dollar vs. Russian ruble

Russia's import substitution: Ruble has to be cheap