Can the Russian ruble decline in value even more?

The Russian government is not considering an opportunity for the Russian ruble to weaken further, a spokesperson for Prime Minister Dmitry Medvedev, Natalia Timakova said. 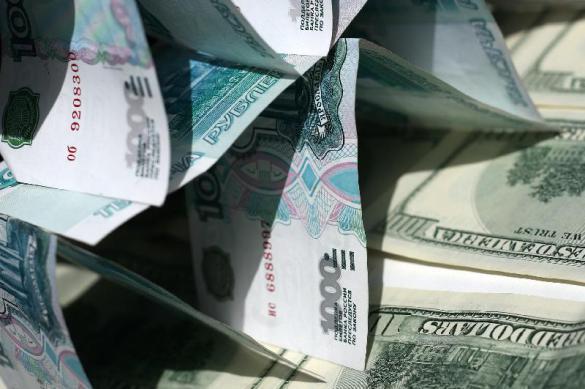 Timakova rejected media reports by saying that the government does not have such plans. "This is nonsense, because the rates of the Russian ruble and other currencies depend on demand and supplies. The volatility of the ruble is largely predetermined by the dynamics of oil prices," she said.

According to the official, fiscal policy of the government aims to reduce deficits, which in the future may contribute to the strengthening of the ruble.

The Ministry of Finance also said that the question of the purposeful weakening of the ruble exchange rate had not been raised. "On the contrary, we are working on measures for fiscal consolidation and reduction of the federal budget deficit. Such measures, the Ministry of Finance believes, will show a strengthening effect on the ruble," the press service of the ministry told RIA Novosti.

Experts note that a large volume of international reserves of the Russian Central Bank is not supposed to reduce the rate of the Russian ruble further in 2017.

Also read: Russian ruble suffers even from bad weather news from US

The Ministry for Economic Development predicts that the inflation rate in Russia will continue to slow down in February.

"Annual inflation will slow down and will be slightly above 8 percent," a representative of the ministry said.

According to Rosstat, inflation in Russia in January 2016 amounted to one percent (on an annualized basis - 9.8 percent). Meanwhile, consumer prices in Russia have grown by 1.2 percent since the beginning of 2016, a report from the Federal State Statistics Service said.

Also read: Is Russian ruble ready to hit the bottom?

In 2015, most Russians started treating their savings more seriously. In 2015, the Russian population saved  7.4 billion rubles - twice as much as in the same period of 2014. As many as 68 percent of Russians entrust their savings to banks. The purchase of foreign currency reduced from five to four percent. In addition, most Russians cut their spending on goods and services by almost four percent.

Real incomes fell by 3.5 percent, while the debt on labor compensations increased by 11.3 percent.

Among Russian regions, the inflation rate was the highest in the Crimea: 26,4 percent, while the average inflation rate in Russia made up 12.9 percent, TASS reports. Inflation exceeded 14.8% in four regions of the North Caucasus: in the Republic of Ingushetia - 17,5%, in Kabardino-Balkar Republic - 15.3%.