Gold prices on the way to all-time highs

US presidential candidate from the Republican Donald Trump has won the election and shaken global markets, the members of which were counting on the victory of Democratic candidate Hillary Clinton. On November 9, gold has risen in price by 4.5% or $60. 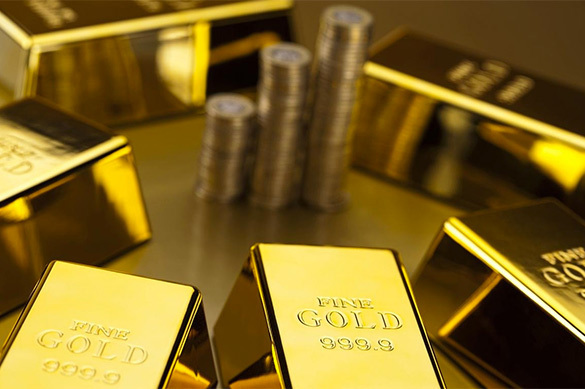 What is going to happen to markets in the future after the world recovers from the state of shock? Pravda.Ru asked an expert opinion from Vice President of the "Golden Coin House," analyst Alexei Vyazovsky.

"Is this a short-term increase in the price?"

"This is a market reaction to the victory of Donald Trump. This is a "Black Swan" that has  led to unpredictable events. The dollar has started declining against the euro, the yen and other world's leading currencies.

"The yield on US government bonds is growing, but European and American stock markets will be declining now. This all looks very similar to what was happening after the Brexit vote, when gold also reached all-time historical annual highs. I think that the mark of  $1,400 per ounce can be taken."

"What does the rising gold price mean for the Russian economy and ordinary consumers?"

"It means that the Russian Central Bank has been running a justifiable policy, because the bank has been purchasing gold during the recent three years. Now gold will cost even more. Citizens still have an opportunity to buy gold investment coins that are VAT-free in Russia, unlike bullions.

ЭA bullion is a good investment, but in Russia, this investment shall include 18% of value added tax. Therefore, your price per one gram or one ounce of gold will be 18 percent higher. Gold investment coins are exempt from VAT, so this is the most profitable way among those that exist.

ЭIn Russia, the most common gold coin is known as "Pobedonosets" or "Victorious." This is a quarter of an ounce coin. The global standard is one ounce or 31 grams. In Russia, however, we produce quarter of an ounce coins - approximately 7.7 grams of pure gold. Today, this coin costs about 20,000 rubles. I bought it in the early 2000s when it was 4,000 rubles. The price grows in both rubles and dollars.

ЭThe most popular foreign coin is known as the "Australian Kangaroo," because it depicts a kangaroo. This coin costs about 91,000 rubles today. This is an ounce coin, 9999 purity. Since the beginning of the year the price on the coin has increased by 20 percent," said  Alexey Vyazovsky.