US economy clinging to life as public debt nears $20 trillion

Societe Generale Bank analyst Albert Edwards said that consumers  will hardly be able to keep the US economy afloat for long. According to him, it is the US consumer  that keeps the US economy from recession, Business Insider wrote. 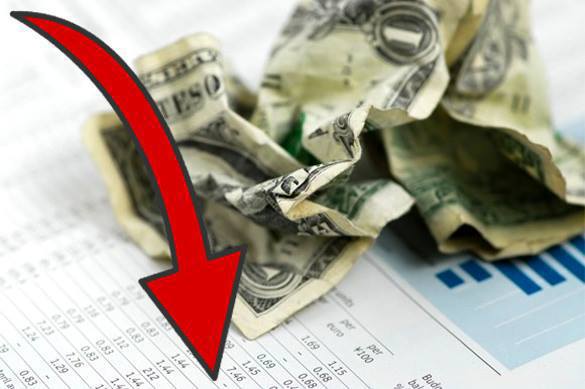 The analysts wrote in his article that the recession of the US economy was near. The only thing that keeps the US economy afloat is the level of consumer spending, which accounts for about 70% of US gross domestic product. However, the US may soon lose this support.

"It is difficult to say consumption is driving the economy forward, rather it is like a wood, worm-ridden crutch creaking under the strain of holding up a dead weight economy. This recovery, the fourth longest in history, is surely nearing its end," Edwards wrote.

According to the analysts, the growing inflation rate in the US already starts to exhaust consumers' resources. This can only add more fuel to the fire.

Edwards compared the current economic situation in the United States with the one before the financial crisis in 2007, when it was only consumption that kept the economy from recession. The shortage of business investment and a slowdown of the labor market affected the consumer back then, and US GDP collapsed.

Because of the sharp drop in oil prices, American energy corporations have faced serious problems and may fall into a new trap, Business Insider said. At first, low oil prices prevented US oil companies from meeting their debt obligations. Afterwards, the infection started spreading to other areas of the economy.

But the problems in the US economy do not end here. According to Edwards, there is another long-term problem that is looming on the horizon - pensions.

According to Citigroup analysts, the gap between the assets of pension funds and pension liabilities in US corporations made up 376 billion dollars in 2015, which is a serious problem.

The bad news for the energy sector is the presence of capital-intensive companies among under-funded firms. The pension plans of those companies envisage fixed payments.

Citigroup noted that all ten S&P 500 index sectors are underfunded, while the energy sector is the most problematic one. Only 30 companies inside S&P 500 had been fully funded by the end of 2015.

The Pentagon fears that within five years, the US will be involved in a military conflict, for which the country has no money.

High-ranking military officials consider large-scale military confrontation with Iran, North Korea or Russia possible. However, the US Army remains unprepared for any of these scenarios, the article says.

Thus, the funding of new technologies for ground operations is not sufficient. During one year, the US military can spend on maintenance of transport and tracked vehicles less than General Motors makes in one week. The budget for the maintenance of helicopters is used for the modernization of the choppers from the Reagan era, because the US Air Force can not afford new helicopters, the publication says.

The Pentagon does not exaggerate when it says that the US has no plans for a large-scale modernization of the army for the upcoming ten years, Forbes wrote.

It is worth saying that the US national debt has already exceeded the level of $ 19.5 trillion, the US Department of the Treasure reported.

According to The Washington Examiner, the US national debt had amounted to nearly $10.63 trillion by the time of Barack Obama's arrival in the White House. In less than eight years, the debt of the United States of America has nearly doubled. By the time Obama leaves the office, the number may near $20 trillion. According to IMF estimates, the US national debt now stands at 107.5% of GDP. In 1983-2007, the debt stood at an average of 60.7%.