There is no simple solution to stop Russian ruble from decline

The recent strengthening of the Russian ruble has generated many optimistic forecasts and hopes for the economic situation in Russia to improve. However, the failed negotiations in Doha, Qatar, have struck a new blow to the national currency. 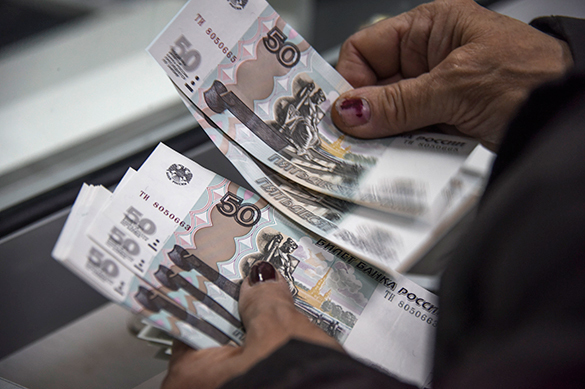 Pravda.Ru asked Associate Professor of the Russian Academy for National Economy at State Service, Sergei Khestanov, to express his views on the future of the Russian ruble.

According to the expert, the current crisis is based not only on external pressure and negative economic situation in the world, but also on the imbalance between income during the 2000s and the real growth of labor productivity. After the negotiations in Doha, at which oil-producing countries failed to come to an agreement (the ruble declined against the dollar and the euro from 66 to 68 rubles per one dollar and from 74 to 77 rubles per one euro), Sergei Khestanov believes that the current situation is normal for Russia.

"The time of the wealthy 2000s was not the time of errors for Russia. Oil-producing countries were receiving huge income from selling fuel at high prices during the early 2000s. However, a few of them could spend that income on the development of industry and agriculture. Norway was an exception, but the country paid a very high price for that," the expert told Pravda.Ru.

The current weakening of the Russian ruble helps both the Russian budget and exporters. "No there's less petrodollars and more rubles. A half of Russian budget revenues falls for earnings in foreign currency, while both domestic expenditure and liabilities are calculated in rubles," Sergei Khestanov said.

However, such a policy may lead to negative consequences and even trigger  the devaluation of the national currency in the next two or four years, the expert added.

According to the expert, "there is no simple solution to the problem of the declining ruble." "It takes a whole range of thoughtful measures and legislative amendments. Particularly, one should regulate the system of issuing internal loans to companies and individuals to stimulate the "corporate business base" for economic growth. Unfortunately, interest rate on loans in Russia is high due to not only the high refinance rate, but also due to large "premium for non-performing loans."

"In Russia, the law protects the loan taker, rather than the money owner. This creates the basis for the system, when honest people pay for dishonest ones, and banks are forced to take account of risks in the calculation of interest rates," said the expert.

For ordinary citizens, who do not have sophisticated knowledge of financial matters, Sergei Khestanov recommends to prepare for tougher times and keep savings in currency bonds of Russian companies.