What can the Russian economy offer to foreign customers? How can Russia promote organically grown foods that are so popular in many countries? Pravda.Ru editor-in-chief Inna Novikova discussed these questions with the head of the School of Oriental Studies at the Higher School of Economics, Alexei Maslov. 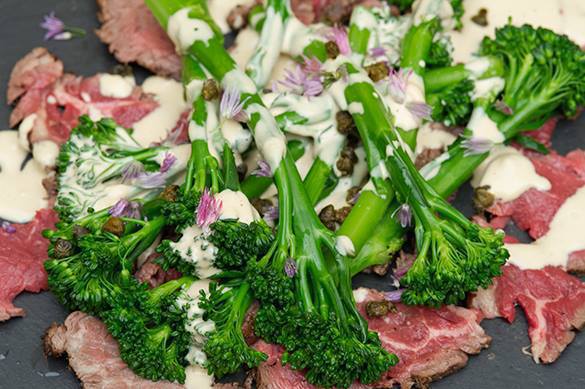 "I took part in the Krasnoyarsk forum and in Siberian Platform Forum. I listened with great interest to local economists and businessmen about opportunities for Siberia to integrate into the new international economic environment.

"Siberia is known as a region of huge mineral resources. There are giant companies operating there, such as RUSAL, but Siberia is not integrated into export relationships. This is a paradox. Russia exports Siberian nickel and aluminum, but everything else, including agricultural products, does not see foreign customers.

"There is perfect ecology in Siberia where they grow organic food products. China, for example, is willing to import enormous amounts of organic food. However, many Russian businessmen not to think beyond their own regions. They have no experience, no consulting service and no firms that would take their products to foreign markets.

"An agricultural producer can be a great farmer, but a very bad businessman. The Krasnoyarsk Forum showed that the Russian business is very sluggish. It would seem that today's import substitution is like a "gold mine" for domestic producers. However, many do not know how to work for export. On the one hand, we have the products that we can sell and are willing to do it, but on the other hand, we do not have the skills and experience of how to target Asian markets, for example."

"But we have the Chamber of Commerce and other organizations for the organization of the business program."

"Many of them work only from the point of view of theory, but not practice. Business needs simple structure of how to export and how to profit. In the current economic situation, one needs to create flexible consulting and lobbying agencies that would take Russian goods abroad and promote them there."

"There are so many stumbling blocks at this point."

"Oddly enough, there are many British agencies that work on Asian markets. I know many Russian producers, who place their orders in China through British agencies. Why not make our own agencies for the same purpose?"

"Not that long ago, there was a scandal about the export of household waste from Libya to Russia. The deal was arranged via a British agency, for which it was paid 50 million. It was revealed later that the agency had not agreed anything with Russia."

"The deal was discussed for a long time, but as far as I understand, no one signed it in Russia. One has to see who is standing behind the British. It often happens that a British agency has Russian people working in it. Finally, it could be a matter of simple scam.

"I know many agencies that try to deliver environmentally hazardous wastes to many countries. Such cases regularly surface in China. Many people think that China processes a lot of waste. China does recycle some, but it is very hard to get rid of environmentally harmful wastes. Agencies make millions, if not billions, on this business."