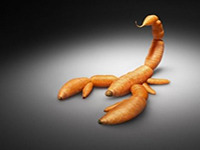 At the meeting of the International Club of agribusiness in Moscow, Gennady Onishchenko said that he considered genetically modified products were good for Russia. The Chief Medical Officer of Russia believes that the country is not able to provide all its citizens with organic food. Russia has already allowed 16 GMO varieties, including potatoes, corn, soybeans, beets, and rice.

Now over one hundred lines of GM plants are allowed in the U.S. and approximately 60 in Europe. These lines can be imported to Russia, but they cannot be grown in Russia for commercial purposes. A significant number of GM products are not made for direct consumption. The most popular genetically modified soybeans, corn, rapeseed and cotton have been created for the pharmaceutical, biofuel and other industries.

However, soybean and rapeseed are fed to animals whose meat then gets on our tables. As mentioned by Onishchenko, Russia imports 40% of its meat, including the meat of GMO-fed animals. The GMO-soybeans are used everywhere, from sausages to chocolates. In this sense, Russia has long been in the zone of "genetically-modified defeat."

But why does Onishchenko not see room for improvement for providing organic food to population in the vast areas suitable for growing agricultural products? As for meat, according to the plans of the Ministry of Agriculture, 2012 is to become the last year for imports of foreign pork and poultry into the Russian Federation. It appears that Russia will not be able to completely abandon the import of all types of meat in the foreseeable future. However, Onishchenko's words about the principal inability to provide the Russians with traditional products do not really fit in with the real possibilities of the country.

Experts assure that production of organic foods could be the agricultural specialization of the country. Russia has ample supplies of inexpensive land, vast areas of lands that do not require special conversion, and traditional ways of extensive management. Why not turn all the traditional disadvantages of domestic agriculture into pluses?

Whose side does the main defender of the country from pesticides, tobacco and alcohol use take stating that Russia will not be able to survive without GM food, the cultivation of which is prohibited in Russia? First transgenic products have been developed by U.S. company Monsanto in the late 1980s. To date, nearly 77% of patent groups for the production of GM food in the world belong to DuPont, Monsanto, BASF, Bayer, and Sengenta. Two thirds of all patents are distributed between three companies - DuPont, BASF and Monsanto.

From 1996 to 2005 the total area for transgenic crops has grown 50 times and totaled 90 million ha (17% of the total area). The greatest number of acreage is in the U.S., Canada, Brazil, Argentina and China, 96% of the total acreage of GMO crops is owned by the U.S.

Europe, with its shortage of suitable land for agriculture, is trying to take the production of genetically modified products further away. GM rapeseed for biofuel is destroying the beautiful black soil in Moldova and Ukraine.

Stories with the pressure of Monsanto on the farmers whose opportunity to engage in seed production is taken away are abundant online. Farmers also talk about genetic contamination. Despite the storm of official statements, GM plants could interbreed with regular plants and in some cases supplant traditional forms. In 2005, Hungary banned the cultivation of Monsanto GM corn MON810, because it can interbreed with other cultures.

Scandals break out around Monsanto and its products on a regular basis. Also in 2005, it became clear that the representatives of Monsanto have bribed government officials in Indonesia for the abolition of the environmental review of GM cotton. Another type of Monsanto corn (variety MON863) caused changes in blood composition and weight loss in the experimental rats in Germany, and the Germans did not hesitate to tell us about it.

Scientists debate about the potential dangers of GM food, and there is no consensus on this yet. Over 100 lines of genetically modified plants are allowed for production in the world.

The consumer must rely on their own knowledge and common sense when purchasing food. Since February of this year, Russia has abolished the mandatory certification of products, and instead introduced the declaration of conformity to quality. The government can check the compliance no more frequently than once every three years. Considering that Russia does not have a standard for organic and eco products, all these labels on the packaging of the manufacturer are non-binding.