Russia readies for oil prices near $30 per barrel

The OPEC administration has decided not to cut oil production, despite the fact that oil supplies exceed demand. In a nutshell, the OPEC has refused to set any restrictions on the total production of crude oil in a hope that sanctions against Iran are to be lifted in the near future. 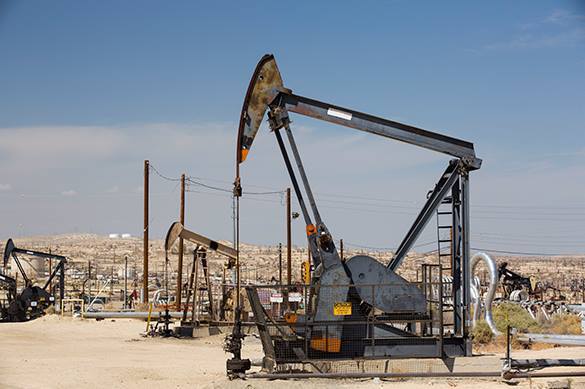 The decision about a new level of quotas was postponed at least before June 2016. Russia may expect oil prices to fall to 30 dollars per barrel, the Nezavisimaya Gazeta said.

Last week, the OPEC did not take a final decision on a new level of production quotas. Oil prices thus fell below 43 dollars per barrel.

The Russian stock market reacted negatively to the news as well. On Friday, the RTS index fell to the lowest point in two months. The dollar and the euro rose against the Russian ruble as well. The Russian currency is currently demonstrating its worst performance in three months. The US dollar has hit the level of 69 rubles per one dollar. The euro is traded around 75 rubles per one euro.

The OPEC is to hold its next meeting in June 2016, although the meeting is not likely to change anything dramatically. The OPEC places responsibility for oil prices on non-cartel countries. The OPEC hopes that the decision about cutting oil production should be made in cooperation with other countries, not just OPEC members.