India may easily cut the wings of Chinese dragon

China may face competition in the Asian region. India has been showing very good economic and social development lately, following the USA and China in some points. The prospects of Russia's relations with India are very promising, especially in the field of defense and in the pharmaceutical industry. Pravda.Ru discussed the subject with leading researcher at the Institute of World Economy and International Relations at the Russian Academy of Sciences, Doctor of Economics, Elena Bragina. 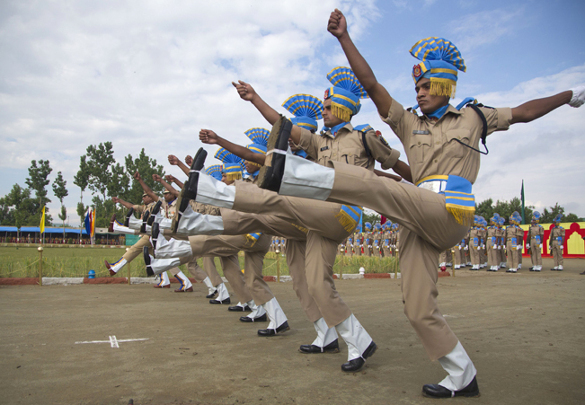 "What were the highlights of the recent summits of the Shanghai Cooperation Organization and BRICS?"

"The world is changing very quickly. China was showing a high growth rate, but during the days of the BRICS summit, the stock market of China collapsed. Forecasts for the members of the association are different as well. In 2015, Brazil is expected to experience a decline of eleven percent, while South Africa is to show the growth of two percent. The unemployment level in the country has decreased, but still remains high - 24 percent. Russia's GDP has been declining, unfortunately. India counts on the GDP growth of up to seven percent."

"India is the founder of the BRICS. India and Pakistan have joined the SCO. What is India's role in these organizations and on the world stage?"

"India has been developing very actively. Yet, the economic condition in India worsened considerably after the crisis of 2008. Unfortunately, 20 percent of India's population still have no access to electricity. During a recent blackout, as many as 600 million people were left without electricity.

"India has  very high employment in agriculture, where unemployment is somewhere 8-9 percent. In fact, the number is underestimated. Employment is a very serious problem in India.

"Big hopes are pinned on Indian new Prime Minister Narendra Modi Damodardas. He was born in September 1950 - he is the first prime minister, who was born in independent India. He works 18 hours a day. He comes from one of the lower castes, he grew up in a poor family. He started working when he was seven years old: he began helping his father, serving tea and newspapers at a small station.

"Modi became the governor of the state of Gujarat, and he made it one of the most industrially developed states of India. He won the support of both domestic and foreign investors.

"Most of India's gross domestic product is created in the sector of services. Indian programmers are known around the world. In software development, they come second after the United States.

"There is an effective program called "Digital India," and Modi pays first priority to India technologies and human resources to create the new India.

"Modi eyes the development of modern industry. He started the "Clean India" campaign and called to clean the Ganges. This is, too, a national objective."

"According to international rankings, India is seen as the most promising country for investment in terms of the balance of risk and returns. Is it really so?"

"This is quite true, although there is a contradiction in the rating assessment. In the Doing Business international rating, India takes one of the bad places. Looking at Modi's policies, major rating agencies realized that India was going to improve its  rankings on the ease of doing business.

"India has adopted a new oil policy and created strategic oil reserves. When oil prices dropped, India increased oil purchases was took the third place in the world in oil imports. Most importantly, India started exporting oil refining products. This is a new thing for the country."

"In other words, India is doing the things that Russia has been dreaming of for so long."

"Exactly. India has caught the trend and started changing its outlook. Of course, India will continue cooperating with Russia, especially in the defense industry, although it is important to grasp the transition to a new quality. The defense industry does not exist by itself - it is connected with a variety of industries."