Russian defense industry has suffered another blow in India as the Russian President Putin was solemnly declaring friendship to his Indian counterpart. According to Mr. Putin, “Russia-India relations are developing today in the best possible way.” However, the situation is not so optimistic with regard to prospects for Russian arms sales to India. 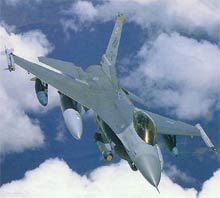 India may stop buying Russian military aircraft and air defense systems altogether. Meanwhile, the United States is making unprecedented concessions in the field of military and technical cooperation while imposing its friendship on India. USA is offering India to launch joint production of the outdated F-16 fighters in India. The offer is ostensibly made “in token of friendship.” Americans are also hinting at a potential sale of its much-vaunted Patriot air defense system to India.

India is now holding a tender for the order of 126 multi-purpose lightweight fighters for the national air force. There are 4 bidders at the moment including Russian Aircraft Concern MiG for the MiG-29M/M2; Lockheed Martin for the F-16; SAAB for the fighter Gripen; and DASSAULT for the fighter Mirage 2000. In accordance with the tender terms, a winner should launch licensed production of its aircraft in India. The Russians believed that their greater flexibility with regard to licensed aircraft production would be an advantage at the tender. Representatives of Rosoboronexport indicated earlier that neither American nor Swedish manufacturers had any experience regarding cooperation with the Indian side in the area of aircraft assembly. However, the above circumstances did not prevent the Americans from taking a step toward the potential customers. Needless to say, the Indian-assembled F-16 would be a lot cheaper than its equivalent put together in the U.S. or Europe. There is still an excess of qualified labor supply in India, and labor costs are low. The Indian air force is likely to spend as much on domestic assembly of U.S. fighters as it would spend on licensed production of Russian aircraft. The Americans made an unprecedented decision, no doubts about it. So far just a handful of countries has been given such a “privilege” despite the possibility for partial joint production of the fighter stipulated in the original provisions of the F-16 development program. The F-16 is currently manufactured outside the U.S. by Belgium, Denmark, Norway, Netherlands, and South Korea.

For the first time in history the U.S is making such an offer to a country that is neither a NATO member state nor it has Americans troops deployed on its territory. What are the reasons behind this spectacular move? Aside from economic motivations, it is obviously a matter of geopolitics.

First, the U.S is beginning to gradually force out Russian, Ukrainian, and Chinese arms suppliers out of the region by offering India its state-of-the-art weapons at a reasonable price. Ukraine and China sell arms mostly to Pakistan, a longstanding rival of India's. The Americans are dealing successfully with Pakistan too. The Pakistanis always showed consistency in their simple stance on the issue of U.S. arms sales to India. They always objected to such deals while asking for more U.S. arms for themselves. It is unlikely that the U.S. will fail to cut a similar deal for the F-16 with Pakistan, terms of a contract will probably copy those of the Indian deal i.e. joint production of the fighter in a buyer's country. In any case, the issue has been already discussed during the talks between the U.S. and Pakistan.

Washington is also keen to hold back China's growing influence in the Asian Pacific region. Shortly after the news about the U.S. plans for launching joint production of the fighter in India, Reuters put out an article titled USA: apprehensive about China while selling arms to India. The article cites Lt. General Jeffrey B. Kohler, director of Cooperation for Defense and Security. Mr. Kohler believes the modern arms sales to India and Pakistan that should be viewed only in the context of growing Chinese strength. The “yellow threat” looks much more scary to the Americans than the threat posed by the Soviet Union in the past. Therefore, the U.S. is likely to make any concessions as it supplies more or less modern weapons to countries which are relatively loyal to America. Washington aims to reach a sort of local parity with Beijing.

Russia and its arms exports can hardly qualify for the above geopolitical game. The situation is to advantage of the Americans since they know better than anybody else that Russia's defense industry heavily depends on export deals. These days a delay in talks on any foreign contract can bring about dire consequences including bankruptcy for any company of the Russian defense industry. Should Russia leave the traditional markets of the Asian Pacific region (high profitability and capacity being the main features of the region's markets), the scale of the Russian defense industry will shrink significantly. Besides, the move would signify a final devaluation of Russia's foreign influence in the region.