European investors have been buying gold coins actively against the background of the intensifying financial crisis in Greece. Restriction on cash withdrawals in Greece led to a sharp increase in demand for investment coins in Germany, France and in Greece. Pravda.Ru interviewed Finam's analyst at the department for international markets, Vadim Sysoev, about the current state of affairs on the market of gold. 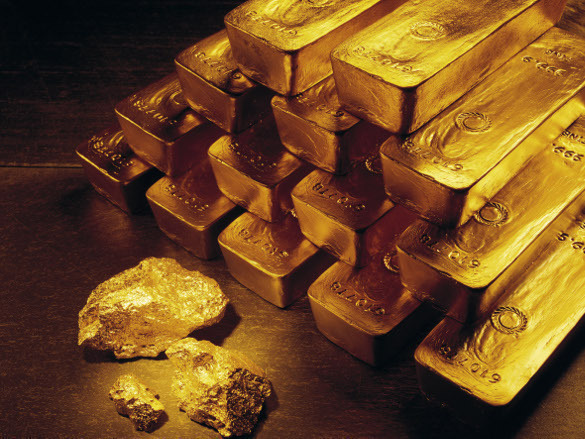 "Gold continues to consolidate near the level of approximately $1,200, even though many are fed up with the Greek story. Even if there were risks of default in Greece, gold was not growing in price. On the contrary, gold prices slide and do not show any signs of life. The increased demand for physical gold metal means that the population fears losing their savings, and people are trying to save their savings by buying gold coins. In fact, the price on gold will consolidate to current levels and may subsequently drop to $1,000-1,050 before it tries to move in another direction. In a nutshell, nothing interesting has been happening on the gold market during the last two years," said Vadim Sysoev.

The expert pointed out the fact that market members show minimal interest in gold. Even if technical default occurs, it will not send gold prices up, because markets will be dominated by negative sentiment thus affecting the dynamics of gold.

Is the current price of gold adequate?

"It is above cost. Production cost is about 800-860 dollars. Now the price is higher, it is generally almost adequate, but it may fall by 150-200 dollars. Then it would be more or less interesting to form positions for long-term and medium-term perspectives. Now the price remains in the range where it is better not to do anything," said the analyst.

Ordinary citizens are confident that this is a successful maneuver - to keep their savings by buying gold. Is it a good decision for common people to make indeed?

"This is not the case for Russia. We are not India or China, where there is underlying demand. In Russia, one can come to Sberbank to buy a bullion for one price and then immediately sell it right there, but cheaper. One can't profit from this. Of course, it depends on what you need a gold bullion for. Why do people like precious metals? It's because currency does not have guarantees today. In the past, the US dollar was backed by gold, and the Soviet ruble was backed by land. Nowadays, any currency is just a piece of paper. Metal will always have its value, no matter what happens to the financial system. Therefore, people like to buy gold, but there is no such trend in Russia," the expert told Pravda.Ru.

Is there anything Russia should do to improve the situation?

"Russia would need to change a lot - from financial literacy of the population to the policy of banks. No one wants to deal with it. It is profitable to banks for spreads, because spreads are large, and banks make money on it. They do not want to do it speculatively as it will be costly for them. Therefore, gold is a tool for saving money. For example, the price of gold is $1,500, you go and buy coins, then gold price rises to $1,700, it appears that you have made $200, but when you come to a bank to sell it, you see that the bank buys your coins at the same price of $1,500, because the previous price was $1,300," said the analyst.