Rethinking the economy: The need to respect nature

The following list, 12 items, includes some considerations that confront the classic postulates of the traditional teaching of economics when it comes to little sustained attention to ecological issues. Such arguments call into question the traditional economic thought which advocates that the economy is a system with no interaction with nature. 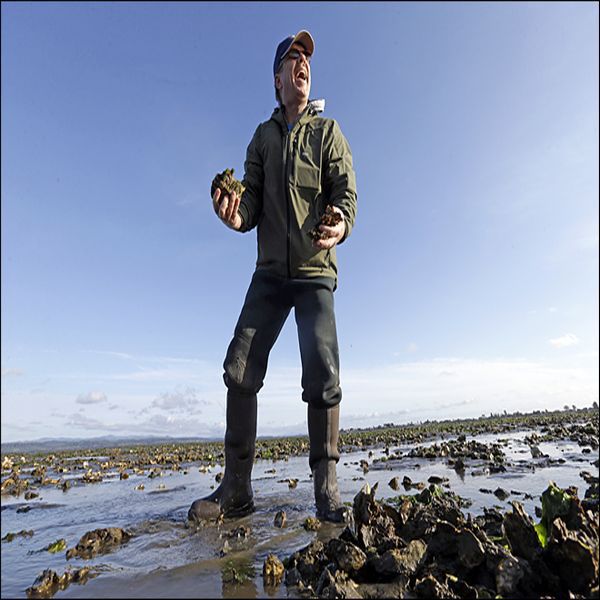 1. The economic system must respect the physical limits of nature, in addition to a self-recognition that it is only a subsystem of the finite biosphere that supports it;

2. The material abundance, the result of unlimited expansion of production, is not (and never will be) a promoter of wellness, since an increase in supply of goods and services, given the constant use of fossil energy, attacks biodiversity, placing the well-being of the people in question;

3. Imposing limits on the growth of the global economy does not mean halting the production activity. Limiting is not the same as paralysis;

4. It is essential to acknowledge that physical energy and energy services play predominant roles in productivity and in the pursuit expected to be moderate growth of the economy;

5. It is absolutely crucial to place economic life at the service of social development, providing thereby double significance: increased opportunities and definitive conquest of freedoms;

6. Urging and promoting reconciliation between the economy and the environment and uprooting the traditional economic thought which recommends economic growth achieved at any cost;

7. The economic agents (consumers, governments and businesses) are not the earth's owners but its guests;

8. You cannot pretend or even neglect that we live in a limitless ecosystem;

9. Permanent economic growth, given the limits of nature, is impossible to reach, and it is quite possible to achieve prosperity without growth;

10. The central axis of the economy may not be the market, and the main objective, a commodity, but rather the individual and its basic needs, living at peace with nature and praising the social life that is greatly dependent on a set of ecosystem services;

11. The current economic pace, based on the unbridled exploitation of natural resources and overconsumption, is simply unsustainable, unthinkable and counterproductive;

12. The transition to a global low carbon economy with preservation and enhancement of biodiversity should be the meta-synthesis of the near future of all governments and peoples.

All of these considerations, without exception, run counter to the economic ordotoxia. Such arguments call into question the traditional economic thought which advocates that the economy (activity) is a closed system with no interaction with nature. The textbooks on Introduction to Economics - any of these - insist on defending a tightly standardized economy, and propagate the practice of individualism in economies centered on valuing maximum gains.

Little, or nothing, is expressed in terms of the individual value, respect for the physical and natural boundaries, and a collective economic well-being that essentially incorporates in their action platforms for the theme of the green economy, blue economy, an economy established on the principle of low-carbon, safeguarding the principles of sustainability, this theme so dear to higher ground that it is to preserve the quality of life in an environment that has been constantly attacked by human action.

The need to rethink the economy

There arises the need to rethink the economy in other bases, on other values, away from the consumer market, close to a human and social ecology.

It is more than urgent, therefore, to rethink an economy that is coupled to ecology, and to submit individual interests (mainly production and consumption) to the interests of the earth.

You can no longer postpone the following dilemma: the preservation of natural resources (limited, finite) on one side, opposite the economic output increasingly intensive to try to "cover" human needs (unlimited, infinite) on the other.

In addition to meeting these needs it is imperative that economic activity is inserted under the conditions (limits) of the environment, from where matter and energy for the industrial production itself can be effective.

In other words, the production of economic activity has to respect essentially the limits of the biosphere, a condition from which one reaches what is usually called sustainability, i.e. a balanced relationship with the environment in its entirety, considering that all elements affect and are affected by each other, by human action and the economic way of producing.

On the way to the ultimate achievement of sustainability standards, the desired goal for achieving an environment in harmony, it is important to emphasize that any action of economic activity only makes sense if, and only if, there is a redirection of the economy for its integration within the biophysical limits; out of which we are condemning the environment to chaos.

Performing an economic activity away from the dominium of nature, outside the existing biophysical limits, only contributes to the worsening environmental crisis that there is.

As asserts Luiz Fernando Merico, in Economics and Sustainability (ed. Loyola, 2008), this is why "the desire to maintain permanent processes that sustain leads us to thinking that the current economic development model is unsustainable, and that therefore the economic rationality should be profoundly altered, to incorporate social and environmental limits."

Changing economic rationality implies instead rethinking the ways of the economy at large. That's what we lack right now. That is the most pressing need of today.

Master from USP and specialist in International Politics (FESP).